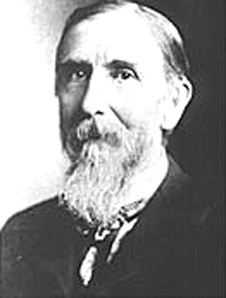 This picture is of the board game pioneer. For his company, see Milton Bradley Company. For the baseball player, see some other site that gives a damn.

Last year, Milton went to have words with an announcer that basically tried to stop him from playing baseball and make a better life for his kids. Now, these umps are straight fuckin’ with Bradley squeezin’ him on the strike zone.

Chicago Cubs right fielder Milton Bradley lashed out at Major League Baseball’s umpires Sunday, saying they are forcing him to swing at bad pitches by widening his strike zone.

Bradley has got a history of getting into it with umpires. And umpires embarrassing themselves in response to him. In 2007, Bradley got into an argument with an ump and the ump called him a piece of shit. The ump was suspended for the rest of the season.

“Unfortunately, I just think it’s a lot of ‘Oh, you did this to my colleague,’ or ‘We’re going to get him any time we can,” Bradley said, according to the Chicago Tribune. “As soon as he gets two strikes, we’re going to call whatever and see what he does. Let’s try to ruin Milton Bradley.’

“It’s just unfortunate. But I’m going to come out on top. I always do.”

Yup. Like he always does. Like in 2007. Oh, wait. Bradley tore his right ACL arguing with the ump who called him a piece of shit…