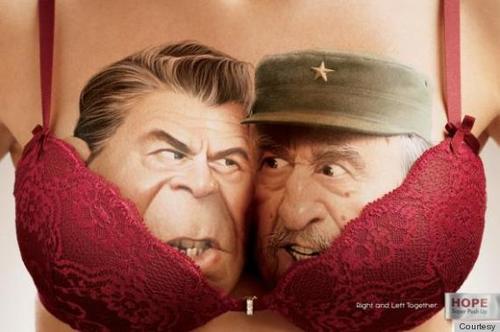 Click through to see the other ads featuring Reagan, Castro, Chavez, and, uh, Bush. Also, Tom Hanks and Peter Scolari (because bosoms). 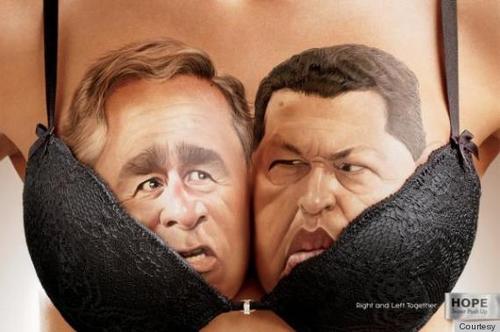 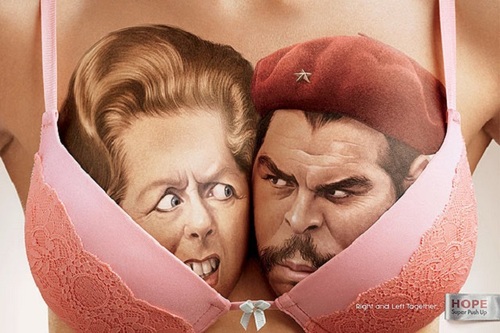