They’re Making a Movie from What? 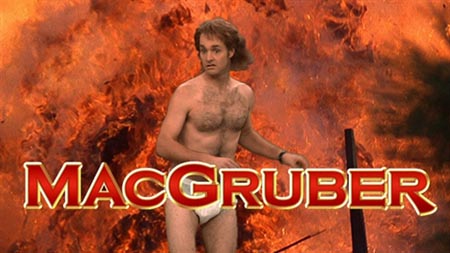 Saturday Night Live’s MacGruber is about to explode on the big screen. According to The Hollywood Reporter, Will Forte’s recurring sketch parody about an easily distracted MacGyver-type has Ryan Phillippe and Val Kilmer in its sights for a full-length adaptation.

Was someone really sitting around a room asking, “Hey, why not make a movie out of the one sketch that fully symbolizes how awful Saturday Night Live has become?” Then, of course, you have to have an executive agree that this is a brilliant idea and green light this debacle.

At some point after I watch this on TBS at 3 in the morning, I’m going to sit around wishing that I could have watched Night at the Roxbury instead. And that is certainly depressing.