This Dallas/Denver series would be awesome… 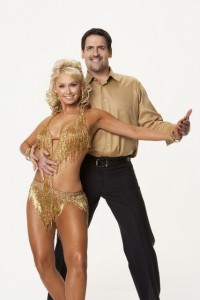 …if the Dallas Mavericks were any good.

Sure, they could argue that they won last night to trail the series 3-1 and had the refs not fucked the in game three, they’d be tied at 2. Except, that would be silly.

Here’s what has happened:

Game 3, the Nuggets trailed the Mavs late in the game. The Mavericks had a foul to give, meaning they could run down clock time and then foul a Nuggets player forcing the Nuggets to then run another play with a lot less time on the clock. Only, the Mavs fucked it up. Antoine Wright tried to foul Carmelo Anthony, but, he did it half-assed. He barely touched Melo, the foul wasn’t called, Melo hit the shot, Nuggets win. After this, the Mavericks start going nuts because they wanted the foul called against them.

Here’s where it got fun…

Cuban stalked across the court, blew off steam at the scorer’s table, then headed down a hall leading away from the court. Lydia Moore, wearing a Nuggets jersey, was standing near the base of the section he walked past, clearly in his view.

According to Cuban, a fan called the Nuggets “thugs” and he looked at Moore and said, “That includes your son.” However, Martin’s agent told the Denver Post that Cuban said, “Your son is a punk.”

Cuban blogged an apology to Kenyon Martin’s mom and Kenyon Martin said he was going to take care of it. Then, the Mavericks actually won a game to extend the Series. Hopefully, they can win at least one more and some of this drama can turn to entertainment instead of just silliness. Lost in all of this is that Antoine Wright is terrible at intentionally fouling people.

But, seriously, get this series back to Dallas so K-Mart’s mom can wear a bullet proof vest into the Arena.