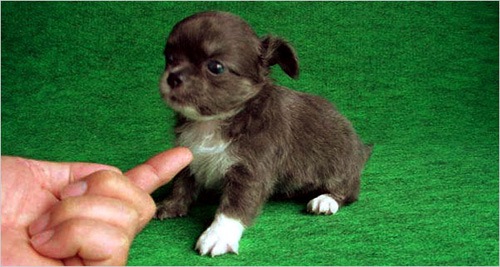 HOPE MILLS, N.C. — This isn’t another dog-bites-man story. This is a dog-bites-the-deputy’s-tires story. The Fayetteville Observer reported that the Cumberland County Sheriff’s Office said a pit bull deflated all four tires of a deputy’s cruiser near Hope Mills on Sunday. Sheriff’s spokeswoman Debbie Tanna said the deputy parked his car in a woman’s driveway while responding to her complaint about another dog.

Tanna says that when Deputy Lynn Lavallis went to speak with Gloria Bass, her dog bit the four tires. The dog didn’t attack the deputy.

You know what, dog doesn’t need to attack the deputy when the dog is straight up playing mind games. Like, you want to come back here when I’m causin’ a scene? Yeah, have fun driving on out of here, you know?

Dog is gonna go to trial on this to fight the $500 they tried to strap the dog with for lunchin’ on them tires. First witness for the Dog? Ice Cube. Fuck the Police, comin’ straight from the underdog. Court TV would get huge ratings for that action.