This isn’t a Spin-off of a Kurt Russell Movie, Right? Please? 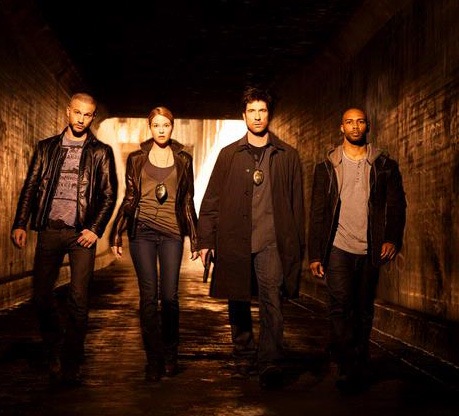 This show is named after Dylan McDermott's eyes. I just know it.

TNT knows how to bring me in to watching a show, I guess. I hadn’t heard much of this Dark Blue show that premiered last night, but, while watching Leverage in the slot before, I was sold on this new Jerry Bruckheimer TV show.

Why? Well, let’s just say, undercover cops, lots of shooting, lightning and Phil Collins’ In the Air Tonight is like a perfect formula for what I want out of a show.

Yes, it’s the Miami Vice formula, but, hey, fuck it, that’s a damn good formula. And, you know what, we need a new Miami Vice. Sure, we need a retro Miami Vice as well with all the 80s Miami ambiance, but I’ll settle for just a Miami Vice type show set in present day.

As for the show last night? Solid first episode. Was certainly worried about Bruckheimer’s TV style because those CSIs are lame as hell, but the result was a show I’d come back and watch again.

But, hey, this is the man that us brought Beverly Hills Cop, so I can’t hold that one huge CSI flaw against him, right?

Aside from that, scheduling a show without much laughs behind a dramedy con job show in Leverage is also a very solid idea by TNT. The pairing would seem to have a lot of potential.