This Situation is Ripe for Some Aerosmith Riffs 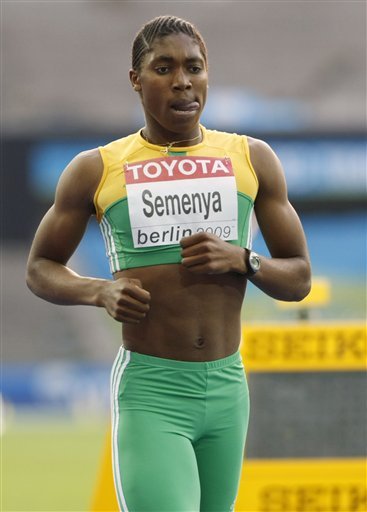 If this is a guy, he is very poorly endowed. Actually, the same is true if it's a chick.

Her dominating run came on the same day track and field’s ruling body said she was undergoing a gender test because of concerns she does not meet requirements to compete as a woman.

I mean, Yahoo had a picture of her as well, and sure, it’s debatable.

I’m actually hoping that the gender test comes back with her (allegedly) being a dude because, really, if she ain’t a dude then this is a story of people just being jackasses, right? But, if she’s a dude, that’s at least half a scandal in the track world.

It goes without saying, but Usain Bolt is ten times as fast as this dude.