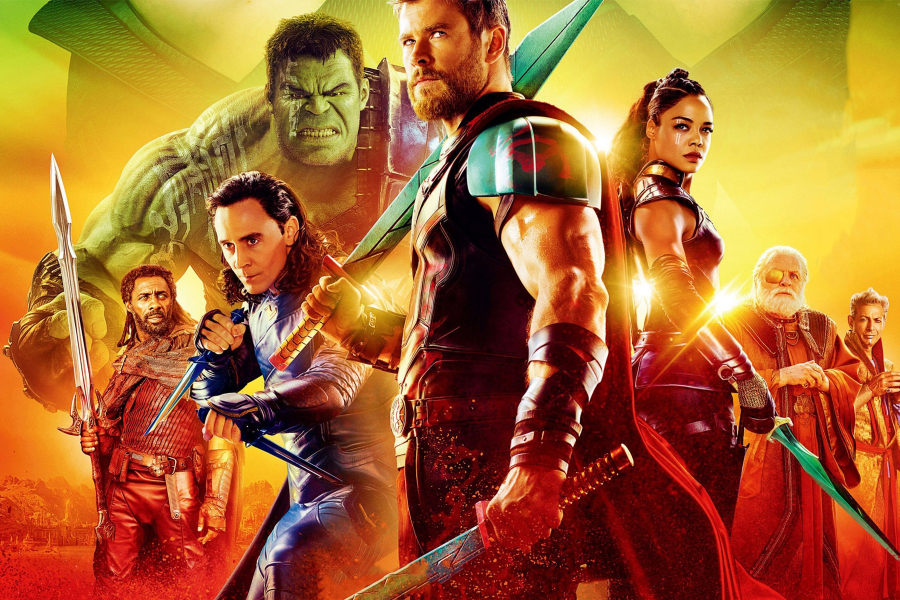 This is a non-spoiler review because honestly I have no idea what I would spoil. And that is not a knock against the movie.  It is delightful from start to finish.  And the fact that I used a grandma word like delightful is also not a knock.  The movie is delightful and predictable and you sort of know what is going to happen as soon as you get in there and there is nothing at all wrong with that.  At all.

THOR: Ragnarok is my favorite of all the Marvel movies now because it is like an AMAZING series premiere of a TV show I have been watching since the original Iron Man.  If I’m honest, most franchises now are TV shows.  And more importantly, they are post X-Files TV shows.  Before Mulder and Scully, most dramas were either a soap opera that was one long continuation or stand-alone things.   X-Files gave us the mix of mythology plus monster of the week, stand-alone episodes.

The Marvel movies invented something (well, to be fair, Lovecraft invented it) with the shared universe that took the X-Files idea to a new level because they had a mythology that spanned characters and different series and different…everythings all in service of the same goal: the next episode.  But it also was way more on the soap opera side.  The monster of the week movies were, arguably, the third Iron Man, the second Thor and the first Guardians of the Galaxy movies.  Everything else served The Beam (please gawd let someone fix the SK universe) and two of those three movies were not super great.  So it makes sense that Disney/Marvel would try to make sure they dumped in a lot of stuff that furthered the story into subsequent movies.  And they have been pretty great most of the time.  But, Guardians was a great movie, even though we didn’t know the characters.  And this Thor movie is great even though the story seemingly has nothing to do with the rest of anything Marvel is doing.  And it doesn’t matter at all.

A ton of the jokes were spoiled in the trailers.  Doesn’t matter.  Character appearances were spoiled in the trailer.  Doesn’t matter.  There is nothing to spoil in this review because literally nothing surprising happens and it does not matter.  The movie is beautifully executed and delightful.  And it is one I would watch again.  And I have not even seen the extended version of Batman v. Superman yet!

Bottom line: THOR: Ragnarok is awesome because it is the one movie in a long time from Marvel that doesn’t seem like a mythology episode.  It is a monster of the week episode and that is awesome.  Disney has taken many movie franchises (including Star Wars) and turned them into TV series and they have learned enough to make things like Rogue One, which is their equivalent of a monster of the week, even though it is sort of a part of the same story.

I am tired of Loki now.  Not Tom Hiddleston, the character and the way he is written. He is predictable in a way that isn’t fun anymore.  That is the one thing I strongly disliked.

Go see this movie. I don’t care about the DC vs. Marvel fight.  I care about seeing stuff I have loved since I was a kid on the big screen.  And Thor: Ragnarok will leave you smiling.  Jeff Goldblum and the melt stick are GOLD!