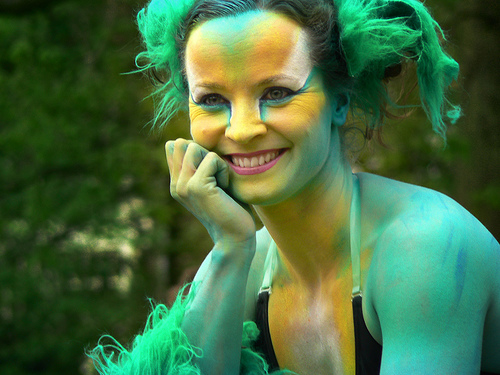 Colorful Lady has to work on Sunday, but only for a couple hours, so it's cool.

Yep – three days off in a row.  Sun and fun and flags and cemeteries and beer and hookers and dead veteran hookers and different beer and naps.  But, like all holidays, Memorial Day is something you can fuck up if you do it wrong.  So here are some do’s and don’ts

Don’t do ANYTHING this video says – it will make you seem like a cheap pussy.

Do hire a Doors cover band for your party.  It will officially make you the second person ever to do it.

This one is a mix.  Do get a jumpy castle.  Don’t let any kids come to the party.  Do fill the jumpy castle with oil and throw all the hot chicks at the party in it and then lock it somehow and then jump in and try to catch them.

Do punch these women in the face.  Usually I don’t think you should punch women – but these are not real women – they are just screeching monsters who pretend to be women.  And punching monsters is fine in any society.

Best one after the jump!

Do find out where these people are, and stand on the shore with your shirt on wishing they would let you on one of their boats or something.  They won’t but you can still leer at them.  And if any of them get drunk and fall in the water – jump in to save them but instead of bringing them back to the boat, bring them to your car and marry them. Marry them all over.