Today in History with Eva Halloween: 13 Facts About Uranus

On this day in history in 1781, composer, astronomer, and general man-about-town William Herschel discovered the 7th planet in our solar system, Uranus.  Now, we’re all adults here and far too mature to laugh over the word “Uranus,” right?   Oh, no, wait.  I mean the exact opposite of that.

So in honor of 6th grade humor everywhere, here are 13 things you didn’t know about Uranus (which isn’t surprising, really, since it’s pretty dark up there and you’d need special equipment to get a close look, amirite?) 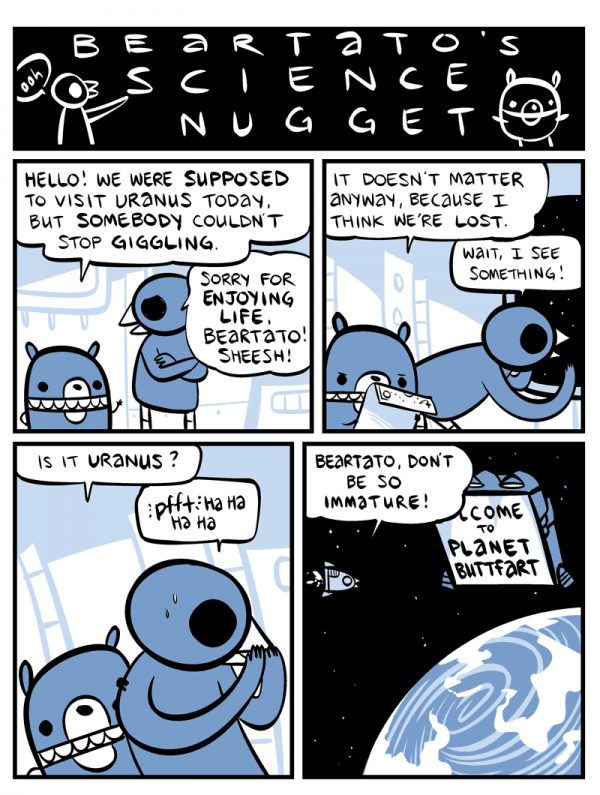 Filed under: Today in History, trivia, Uranus...get it?