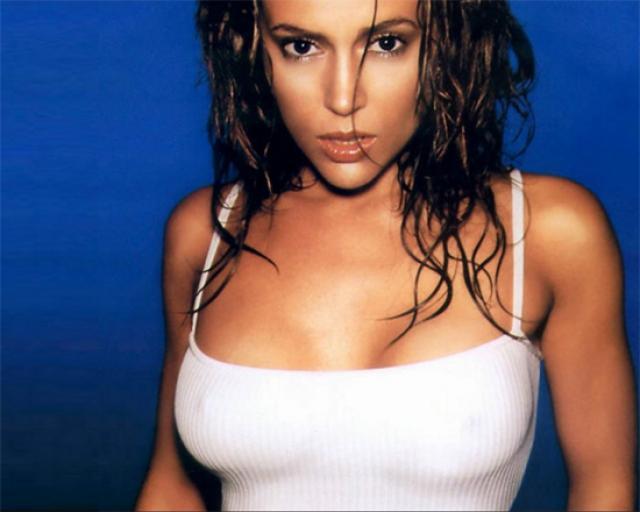 For kids born in the late 1970’s and early 80’s, Alyssa dominated television and teen media as Samantha Micelli on Who’s the Boss from 1984-1992.  When the show canceled its 8-year run, Alyssa struggled to shed her child star image, appearing nude in such Blockbuster shelf-filler as Casualties of Love: The Long Island Lolita Story, Deadly Sins, and Poison Ivy II: Lily, and posing topless in Bikini Magazine (which thanks for an excuse to google those).  By the late 1990’s, Alyssa was firmly back in the mainstream of pop culture, landing major roles in 90’s staples Melrose Place, Spin City and Charmed.  Since then, she has bounced around various television and film roles, promoted several charitable institutions, and written a book about her love of baseball.  In honor of Alyssa’s 40th (yep, 40.  4-0.) birthday on this day in history (and in apology for making you feel ancient), here is a whole gallery of the lovely Ms. Milano.  Enjoy, and don’t forget there’s another 280 pictures of Alyssa in the Gallery mine, if you should find yourself with a little time on your hands.