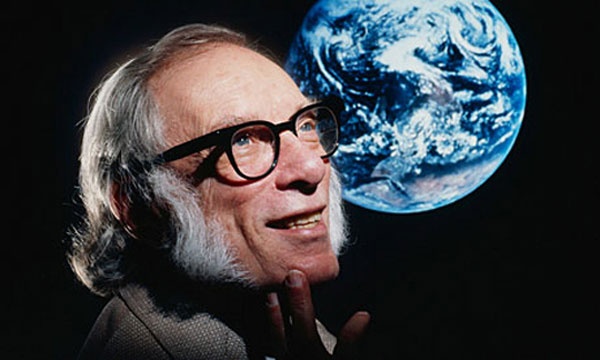 On this day in history in 1920, science fiction luminary, educator, and humorist Isaac Asimov was born. Considered one of the three great masters of science fiction and author of the foundational Three Laws of Robotics, Asimov was also one of the world’s most prolific writers, credited with publishing more than 500 books and as many as 90,000 letters, postcards, and pamphlets in his lifetime.  In honor of the 93rd anniversary of his birth, here’s 13 facts you didn’t know about Isaac Asimov.

And because I love you, you know I wouldn’t leave you without at least one naughty limerick, this one written by Mr. Asimov himself.  Enjoy!

There was a sweet girl of Decatur
Who went to sea on a freighter.
She was screwed by the master
– An utter disaster –
But the crew all made up for it later.