Tonight’s the Night, Let’s Live It Up 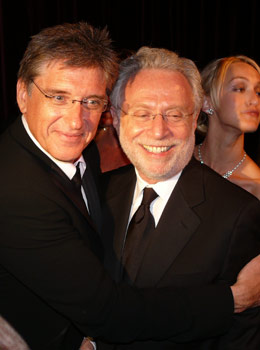 The Felicity Huffman look-alike in the background is the best part.

Wolf Blitzer was a guest last night on the Late Late Show with Craig Ferguson.  They discussed, among other things, the fact that as they age, not only their facial hair has turned grey.  Thinking about old man pubes is not my favorite way to fall asleep.

His favorite song of the moment is I Gotta Feeling by the Black Eyed Peas.  The image of this very sedate older man dancing around to CBS’s fall premieres promo is quite more fun than his greying man bits.

Craig asked when we would see him on Dancing with the Stars and Wolf did not dismiss the idea.  He explained his qualifications, beyond his love of hip hop, include dancing with Ellen Degeneres on her show.  Craig was sad because Ellen did not invite him to dance when he was a guest.  That lil vixen, breaking elderly men’s hearts.

The best quote from the interview, however, came from Craig:

If you don’t love The Beatles, you should just go join Al Qaeda.