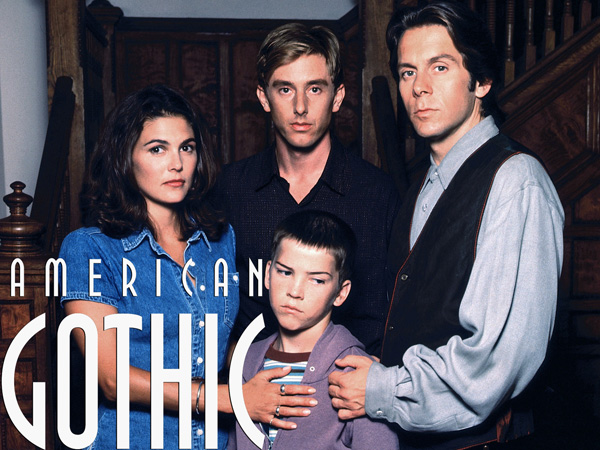 American Gothic was produced by Sam Raimi and Robert Tapert and was created by Shaun Cassidy. Gary Cole played a evil, small town sheriff with supernatural powers in South Carolina. What else could you ask for? You have Sam Raimi and Robert Tapert (both from the Evil Dead films) and the excellent Gary Cole. Hell, even Bruce Campbell and Ted Raimi popped in for cameos.

The show was very dark and, in my opinion, ahead of its time. It seemed doomed from the start because of the violence and horror elements evident before the first commercial break. To make matters worse, CBS aired the series out of order. The network screwed it up completely. Some episodes were shown as many as five slots out of order. They even aired what was supposed to be the season finale five episodes early. How could any series survive that kind of abuse?