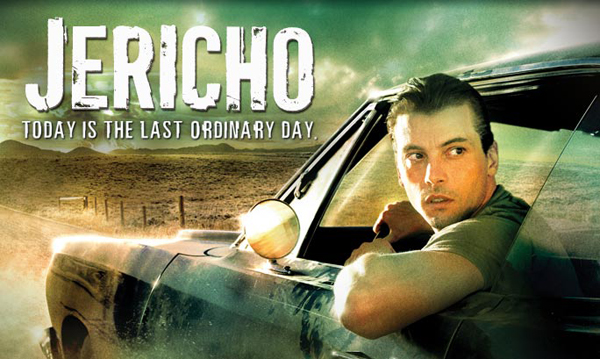 Jericho takes place in the small town of Jericho, Kansas after twenty-three nuclear bombs have been detonated in major cities of the United States. The thing I enjoyed most about this series was that it wasn’t afraid to show the worst along with the best of humanity. At its core Jericho was about family and community. The struggle of one became the struggle of all. We also saw how desperate and scared people are able to cross the line of morality so easily if it means providing for their family and town.

Jericho offered personal stories of people curt off from the rest of the world and it gave us a great on-going conspiracy of who actually attacked the country. The show was canceled after the first season but with a huge show of fan support CBS brought the series back for a short second season. The second season gave us some closure on who had planned the attack but viewers were still left with many questions. A third “season” was offered to fans in the form of a series of comics and a fourth is planned to be published. There has also been talk lately of Netflix possibly picking the show up in the way they did with Arrested Development. Meanwhile, I’m waiting for the first issue of the fourth season to be released by IDW in July.