Trump is a fool… 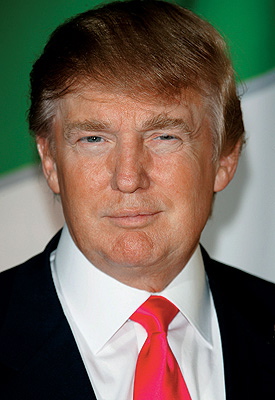 Like over a month of recapping this show and this is my first time using an image of Trump himself...

but, you knew that. Of course. Jesse James, despite his douchebag nature on the show last week, probably should have made it to the Final Two. Would have been an interesting choice between he and Clint Black if Black had survived a fuckin’ tuna jingle.

Annie Duke was the obvious choice for the final two for a long time. Brande probably got done in by the whole having been a Playboy Playmate, how she got fired before Joan is a bit absurd. It’s like, I don’t know, Trump is trying to create drama.

Seriously, Joan did very little, but, hey, she hates Annie Duke. And because of that? Well, she’s in the finals.

Which, pretty much means Annie Duke will be named celebrity apprentice barring a minor miracle or quite the debacle of a performance by Annie next week.