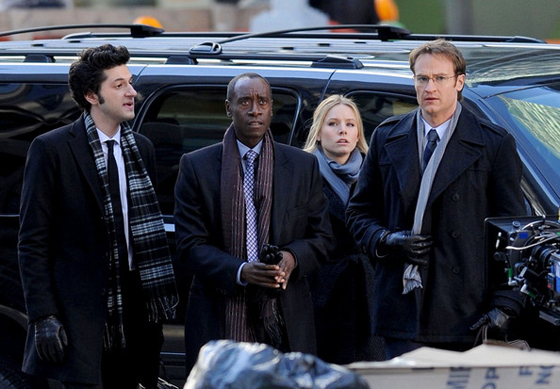 TV addicts will have a lot to celebrate in 2012. The silver screen will be packed with new, exciting shows that are sure to please every viewer’s taste. Be sure to check out some LED TV reviews so that you’ll be prepared to watch this season’s newcomers in style. Among the soon to be hits for 2012 are:

J.J. Adam’s latest series, Alcatraz, will take Fox by storm in 2012. Alcatraz is not your typical crime drama. Inmates who vanished from the infamous Alcatraz prison, have been reappearing 50 years later in modern day San Francisco. Stars Sarah Jones, Jorge Garcia and Sam Neill must unravel the mystery in this new thriller.

Luck provides an inside view of horse racing. The show features everyone from jockeys to gamblers to give a comprehensive view of the lifestyle. HBO has once again pulled in the heavy hitters with actors and actresses such as Dustin Hoffman, Nick Nolte, Jill Hennessy, Dennis Farina, John Ortiz, Ian Hart, Kevin Dunn, Jason Gedrick, Ritchie Coster, Kerry Condon, and more. With a killer cast, Luck is shaping up to be one of the top shows for 2012.

This soapy, drama is a guilty-pleasure waiting to happen. Leslie Bibb, who plays Amanda Vaughn, was once the popular, “mean girl” in high school. After a failed marriage she must return to her hometown of Dallas. Reluctantly she takes her two children and seeks asylum in the home of her socialite mother. However, Bibb realizes that her past has caught up with her and she must atone for her indiscretions. Kristin Chenoweth is revenge wrapped up in one fiery package.

After leaving the Rachel Zoe Project, over the top fashion stylist, Brad Goreski, has decided to stand on his own two feet. Now with a solo show, Brad will dazzle audiences as he digs for fashion gems for clients. If you love reality television, and were a Brad fan, this show is for you. Be sure to peruse LED TV reviews to find the perfect screen to accentuate the stylish pops of color that will adorn pieces for Brad’s celebrity followers.

Laura Prepon, formerly of That ’70s Show fame, stars as Chelsea in this irreverent, hilarious series created by Chelsea Handler. The show, based on Handler’s smash hit book, chronicles the lives of politically incorrect, bold young women living in New Jersey. As a bonus, Handler co-stars to take the fun factor up a notch.

The Betty White craze continues. Everyone’s favorite Golden Girl leads the way in this version of Punk’d for the senior set. Betty and her troupe of senior citizens pull of hilarious pranks on younger generations. Hidden cameras capture the amazing reactions of unknowing victims.

Whether you are a reality buff, drama lover, or crave some quality comedy, the 2012 TV lineup will satisfy your television wishes. Get ready for a new year of fresh series by researching LED TV reviews and finding the ultimate companion to your viewing experience. Then grab some popcorn, claim the comfiest chair, sit back, and enjoy the show.