Unconditional Shove: Watch as I Watch 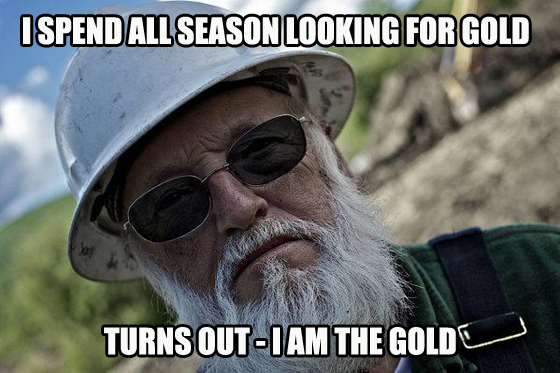 When I was younger, my parents rarely allowed us to watch television. Growing up in a cultish Christian home, the TV we did watch was never what my friends were allowed, thus I have more memories of shows like NOVA and Dr. Who (PBS was King) than I do MTV; my parents still do not have cable and probably never will. As an adult, I have gone through two large periods of my life negating TV by choice – the last time was around eight years long. Television is a fairly new thing to me. It is a time suck I both love and hate.

After tuning out, things look and feel very weird when viewing becomes routine again; TV watching is an act stupid in itself to me, so my habits probably seem retarded to most. I find Infomercials fascinating. The news, a complete joke. I spend more time analyzing the amount of makeup people wear rather than listening to what they are saying – not that they are saying much, the news one finds on television is more like watching a talk show with way less chair throwing and fat people in spandex. Dramatic fictional series seem so far from reality to me, their story-lines revolving mostly around interpersonal connections with each other, which are supposed to be representative of what we experience every day (?). I honestly, don’t know that many people dealing with infidelity in a workplace setting. Maybe it is indicative of what we all wish would occur.

I tend to read non-fiction more than fiction and strive for information rather than entertainment which would logically cause one to assume I enjoy Discovery and History channel type programming. But that is an assumption bathed in a whole lot of wrong. My husband has gotten me into watching English Football and several “series” types, like Dexter and The Walking Dead but when I have the remote, much to the chagrin of every one around me, I always choose Reality TV in some form. To me, it is far more informative than any other programming on, because it gives me insight into how society operates and functions, as well as what they find stimulating and worthy of knowing. I tend to look for patterns of behavior in the series I view, over time, I make mental projections about what I watch combined with information I read independently. My creative deductions are better suited for science fiction than science, but who knows, centuries from now some scholar might exclaim “She totally called that sh*t” as scholars will do (no scholar does that). Here is the shortlist of what I watch (or have watched) and the conclusions I have come to as a result.

Top Chef, Project Runway, Dancing with The Stars, American Idol.
We very much enjoy feeling superior to others. This has little to do with the actual contestants and is more a commentary on the people who watch these shows who become automatic experts on ability as though they have trained in culinary and theater fields for so long that they naively believe their opinions on talent, are worthy of anyone’s two cents. In fact, every time I eat at a restaurant that serves fish with cheese in the same dish, I scoff; quick to point out my knowledge base from watching Chopped judges critiques allows me this pre-judgment of nastiness unequivocally.

MTV Cribs, A Wedding Story, The Housewives of Atlanta/Beverly Hills/New York/New Jersey/Miami, The Osbournes/Kardashians/Hogans.
Our voyeuristic fixation on what others have will only serve to further increase the gap between the wealthiest serf owners and the middle class employed, so distracted by shiny objects we will funnel more money into larger screen televisions and cars before college and retirement funds. Kill for Allah Kill for Jesus (lyrical reference: Revolting C*ocks song Gila Copter) turning to Kill for Jordans Kill for iPods!!

Every one should own their own home and drive a BMW at 23. Clearly you are not living up to your potential otherwise.

Deadliest Catch, Gold Rush.
Environment Shironment. Our natural resources are there to exploit, pay no mind to what over fishing or the destruction of forestland will eventually lead to – THERE IS NOTHING TO SEE HERE. I honestly would very much like to watch a Reality TV show about Blood Diamonds, to include a focus on the slaves it keeps and their day to day battle for life. Are you kidding me? That’s damn good television right there.

Toddlers and Tiaras, America’s Next Top Model, Extreme Makeover.
The objectification of women will further degenerate the true female form for both men and women; aspects of physical individuality turning a pale grey as the majority of the population becomes blonde haired, blue eyed, size 2 with C cups. Body dimorphism and eating disorders, teenage suicides, child pornography and divorce will all rise. Oh right, already happened.
A distorted obsession with the female role in high society, attribution of wealth attained by means other than ingenuity or brains, will further set back equality and what the female youth will value as important staples in regard to quality of life. Hell, we were closer than I ever imagined to electing a nice piece of ass to political office. The positive/negative discussion of her prepackaged image and “The media is being mean, poor little girl” more important than insane thought processes and elementary sentence structure. And we learned nothing. Just look at Round 2: Michelle Bachmann.

Side note deviation rant: The next time you blast the internet for causing an increase in Child Porn because of a lack of regulation, work your way higher up the food chain and recognize your continued exploitation/disengagement of those under the age of 18 (in your own homes, no less): the afore mentioned programming, prettiest baby photo contests, modeling classes, support via money for fashion better suited for hookers because thats what’s in style, and let’s not forget unchecked by parents Facebook photos angled to look down pre-teen shirts and straight on mirrored ass or bathing suit shots. Regulate your homes. The last time I checked, the internet itself was doing more to rid itself of vermin than the rules unconstitutionally passed as a means of distraction from college Football programs and swept under the rug prosecution of religious predators. No one can clean up your bad parenting though, Girls Gone Wild has proven that.

Now back to our regular scheduled programming.

Hoarders.
Holy f*ck we are becoming birds. SERIOUSLY, AM I THE ONLY ONE WHO SEES THIS?! That’s nesting, people, and evolution just got way more badass. My belief is that humans will one day start laying eggs and growing feathers

The Real World, Jersey Shore, The Bad Girls Club.
Preoccupation with sex, money, alcohol and drug abuse keep shows like Intervention chock full of potential new contestants. Step right up, here is your life and where you went wrong on account of the visions of awesomeness we put directly in your face while impressionable. Good job, gold star. It isn’t cool enough to understand Chemistry, unless it is involves making Meth, then someone will just make a dramatic series about it and everyone I know will tune in (I secretly have a thing for Jesse too). We love our prime time self destruction, victim shows. Line em up, slam em back, Happy Hour on the rocks, 8 for 1, who cares, it’s only alcohol and we are young, dumb, and in college. For marketing and business degrees.

Reality TV – Because true life is more f*cked up and entertaining than fiction. I hate to point this out (no I don’t) but keep ignoring your legislators, and soon you will be watched too. Ha. Just kidding, YOU ARE ALREADY BEING WATCHED.

It has recently been my opinion that the only way to get people to pay attention to what’s happening in this country would be to make a Reality TV show about our nations elected body. It would at least shove into every ones fat cheeseburger faces what actually happens in the peoples lives who claim to be so well connected to their constituents; how they live (with maids), what they do (vacation in seaside resorts) and the real home lies (I meant lives) of those we entrust to make the rules we all live by. But I am positive, after all of my TV watching and assessment, it would only further blur and distract. We would compulsively tune in not to see the ideals of those who hold office and the reasoning behind the legislation they pass but instead using our personal water cooler time to discuss: he who has the coolest cars in the garage, her plastic surgery and who wears the biggest hairpiece.

And with that, I am off to watch the Gold Rush marathon. Old man Jack on large construction equipment is an accident waiting to happen and I have some hefty opinions about Fat Todd’s construction of the new wash plant in the Klondike. Besides, not enough people know about SOPA to believe anything other than what is fed to them from a saline drip of deceit so I will watch, with much amusement, it all burn to the ground: Next up on this seasons newest hit: Your Self Made Apocalypse!
Don’t forget to set your DVR.

Filed under: America's Next Top Model, dancing with the stars, TV, Unconditional Shove