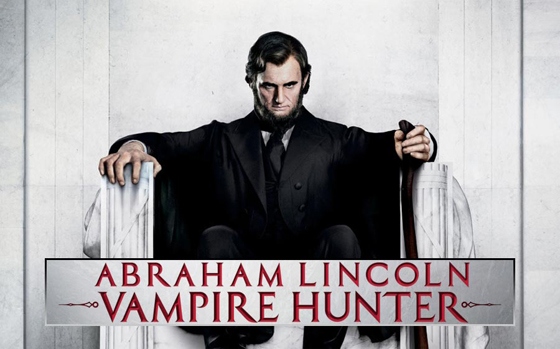 So here’s a trailer that’s got something going for it.  First off, the title rather neatly sums up the plot: with a name like Abraham Lincoln: Vampire Hunter, you know there’s a good chance of seeing Abraham Lincoln, uh, hunting some vampires.  Also?  Johnny Cash and a sweet looking train explosion.  On the other hand, I think we can all agree that this film would have been vastly improved if the early Nic Cage casting rumors were true and we had been treated to seeing Mr. Cage as the titular vampire-busting BAMF and future president, whispering and yelling his way through the Civil War.  Although the guy they did cast clearly twirls a pretty mean axe, so there’s that.

Abraham Lincoln: Vampire Hunter was produced by Tim Burton and directed by Timur Bekmambetov and is scheduled for June 2012 release.