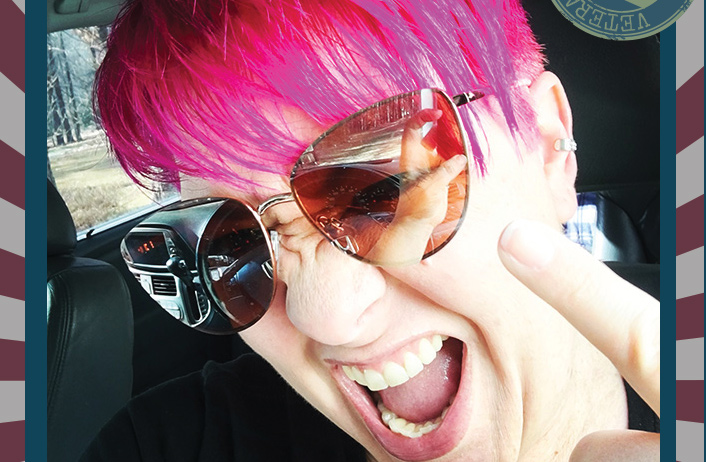 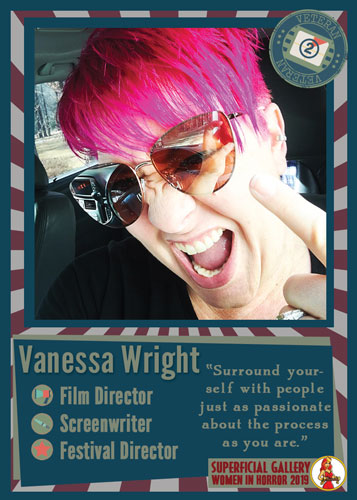 Our Conversation with Vanessa Wright

Vanessa is a Film Director, Screenwriter, and Festival Director, and is a Gallery Women in Horror Month veteran this year!

WHich of your achievements to date are you most proud of?

Co-founding and directing the Women in Horror Film Festival as well as marking my directorial debut with a Stephen King adaptation.

Just one!? John Carpenter’s Halloween (1978) for its simplicity and brilliant execution. Tobe Hooper’s Poltergeist for destroying clowns for me. William Friedkin’s The Exorcist for making me question the existence of the Devil. I should just create a spreadsheet and send it to you 😉

Every single filmmaker that is fighting through challenges and adversity to create their art.

Surround yourself with people just as passionate about the process as you are. That type of energy creates amazing things.

Don’t ever let anyone else make you believe you can’t do something. They will tell you this because they know that you can, and that scares the crap out of them.

I begin tucking him into bed and he tells me, “Daddy check for monsters under my bed.” I look underneath for his amusement and see him, another him, under the bed, staring back at me quivering and whispering, “Daddy there’s somebody on my bed.”

I just received my first contract to write a screenplay for a feature, and I am gearing up for WIHFF year 3.