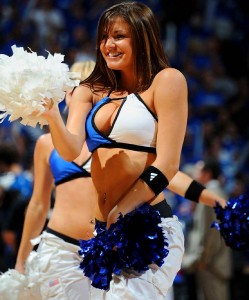 Yes, it is true, Lebron James and the Cavaliers are on the verge of defeat in the playoffs in the CONFERENCE Finals down 3 games to 1 to the Orlando Magic. Since we have many non-sports inclined folks that come here for just straight up weird shit, it takes only four games won to advance.

If the NBA could do it, they would have declared Lebron the winner of the Eastern Conference back in January. The King would be kicked back waiting for the Lakers series to finish just straight sippin’ on margaritas in the meantime.

But, that hasn’t happened. Not that the NBA hasn’t tried. Down 2 with 4 seconds to go in the game Lebron went to his soon to be patented Bum Rush with self foot trip maneuver. It worked to perfection. Minimal contact all initiated by the King, both players go down, Lebron embarrassingly over his own feet, yet, Lebron is headed to the free throw line to send the game into OT.

Some might see that play and say, “man the NBA is ridiculous.” Hell, most people would say that.

But, look, if you’re going to be as daring and BOLD as Lebron to trip over his feet in order to get a call with only four seconds left in the game…you should be rewarded. Who else would come up with that sort of on the fly thinking? He took a risk. It worked. And they still lost.

Later Today: 2:30pm to be somewhat exact, live blog/chat type thing of the UEFA Champions League Final: Barcelona v. Manchester United; Cristiano Ronaldo v. Lionel Messi. I have my doubts whether this will work, but I’m gonna try it. Acadia won’t be around to creep ya’ll out, so feel free to talk soccer or anything without inhibitions