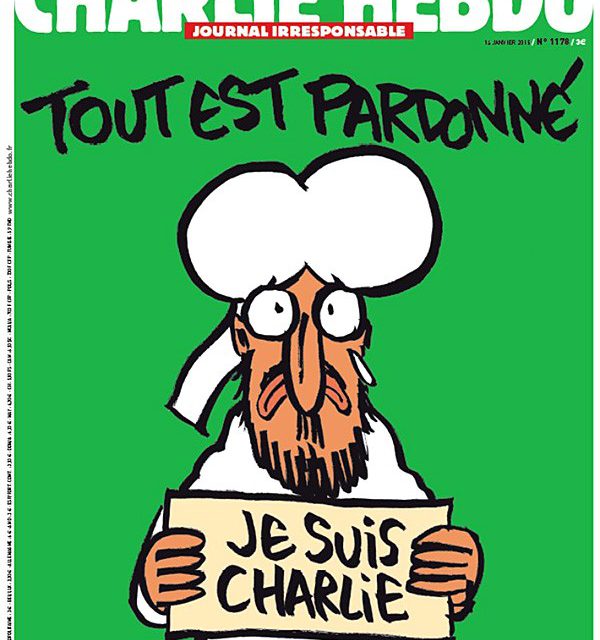 I’m not sure how many radical Islamist terrorists read the site.  I’m guessing the number is pretty low or Anonymous would have already shut me down because of all the terror being percolated in the comments, so I am not 100% sure if I am going to get anyone to answer this, but the new cover of the French magazine whose bad ass writers pretty much new they were going to die has probably already angered you.

Because, as we all know….you said it is blasphemous to draw a picture of the prophet Mohammed.  Now, apparently this isn’t actually true and you are making up a rule so you can be all pissed off (like you need more reasons).  But, let’s even pretend it WAS a rule.

If no pictures of him are allowed, how do you know that’s him?  Maybe it is this guy:

But let’s give you the benefit of the doubt and say the hats are different.  I am sure if I had a long enough lunch break I could find a dude with the same hat.  Point is, that anyone saying this is blasphemous isn’t even right empirically.  If me saying that it is a pic of Mohammed is enough to make you come and kill me, then why even make him Arab?  Let’s try a test:

Dear Radical Islam – here is Mohammed, being sad that you are such jerks and eating his feelings because he doesn’t know how to deal with you:

What do you mean that isn’t Mohammed?  How do you know?  No hat?

Oh, and if anyone else holds up a sign that says: Je Suis Charlie, punch them in the face.  You aren’t Charlie unless you post their terribly drawn cartoons.  Seriously, they are martyrs to free speech and Captain Crunch looks way better than anything they draw.  Life isn’t fair.

And just in case you think I could be wrong about my theory, please bear in mind that BILLIONS of people think this is Jesus.  Idiots.