Wait, This Phelps Dude can Lose? 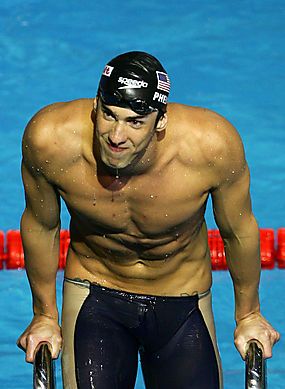 I thought he just won and took bong rips. You mean to tell me Michael Phelps can also lose?

Phelps also gave props to German Paul Biedermann, who not only beat him in the 200 free but blew away his world record in the process, for “a great race.”

Phelps did say “it’s going to be fun” racing Biedermann next year “when swimming is back to swimming” because new suit regulations should be in place.

So, the suit didn’t cause you to lose, and you’re not making excuses, except that you imply that this wasn’t just swimming because of the new suit regulations? Gotcha…