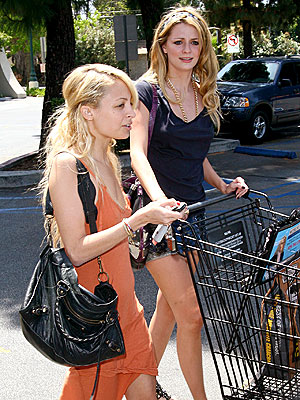 Mischa Barton’s behavior – partying and reported drug and alcohol use – over the past two years has cost her friendships with close pals, including Nicole Richie, a source tells PEOPLE.

Run that one by me again…partying and drug use has cost Barton a friendship with Richie? Really?

You mean that Barton has stopped partying, using drugs and boozing and Richie got crazy upset, right?

“Nicole is focused on motherhood and her family,” adds the source close to Richie and Barton. “[She] considers [Mischa] a dear friend but she’s also a mother who can’t be around too much negative, unsafe behavior. Mischa is one of the reasons that Nicole is mostly with her other mom friends these days, not the party girls.”

Ridiculous. A couple years ago I couldn’t even fathom this scenario.