The Walking Dead: Last Day on Earth; I want to rage-punch everyone 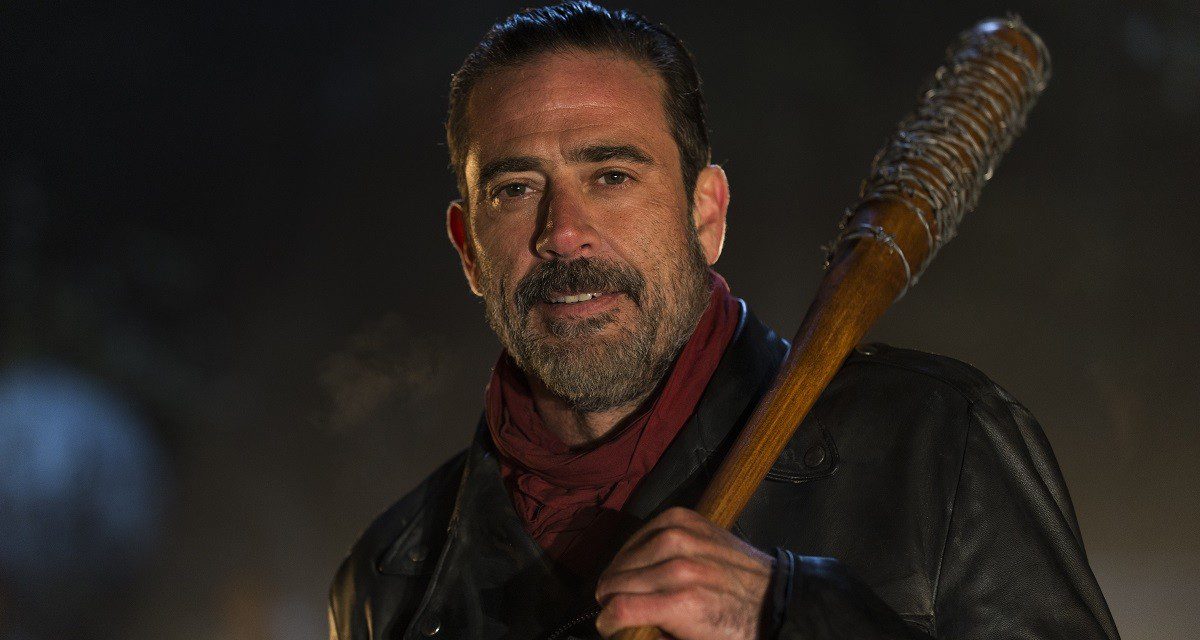 Good news! You can read this even if you didn’t watch the show, because there are no spoilers since nothing at all happened basically.

In case you don’t already know, the internet is furious about this week’s season finale of The Walking Dead and honestly, even though I love to love this show, I can’t blame anybody. You can’t build up all season to a big deal event and then not show the event. It’s bad writing, it’s disingenuous, asinine, and it craps all over your fans.

Comic readers know what happens, we’ve already been lording it over show-only people forever, at least give us all a payoff here, guys. Not cool. Not cool at all.

Here is a roundup of a lot of internet hate. And now I’ll review for you in about 2 minutes what the show took 90 minutes to show us.

First, Maggie’s baby is in trouble, so the gang needs to take her to Hilltop to see the only doctor they know about, since the series decided to kill off Denise (still alive in the comics, you jerks). Of course basically every able-bodied “original” group member decides they need to participate. There’s some stupid moment where Carl locks Enid in a closet so she doesn’t come because they just want us to hate their entire dynamic. Nobody cares, by Alexandria, see ya, wouldn’t want to be ya.

First run in with The Saviors. Everybody threatens each other, they’re pretty evenly matched, Rick et al decide to just go find another route. 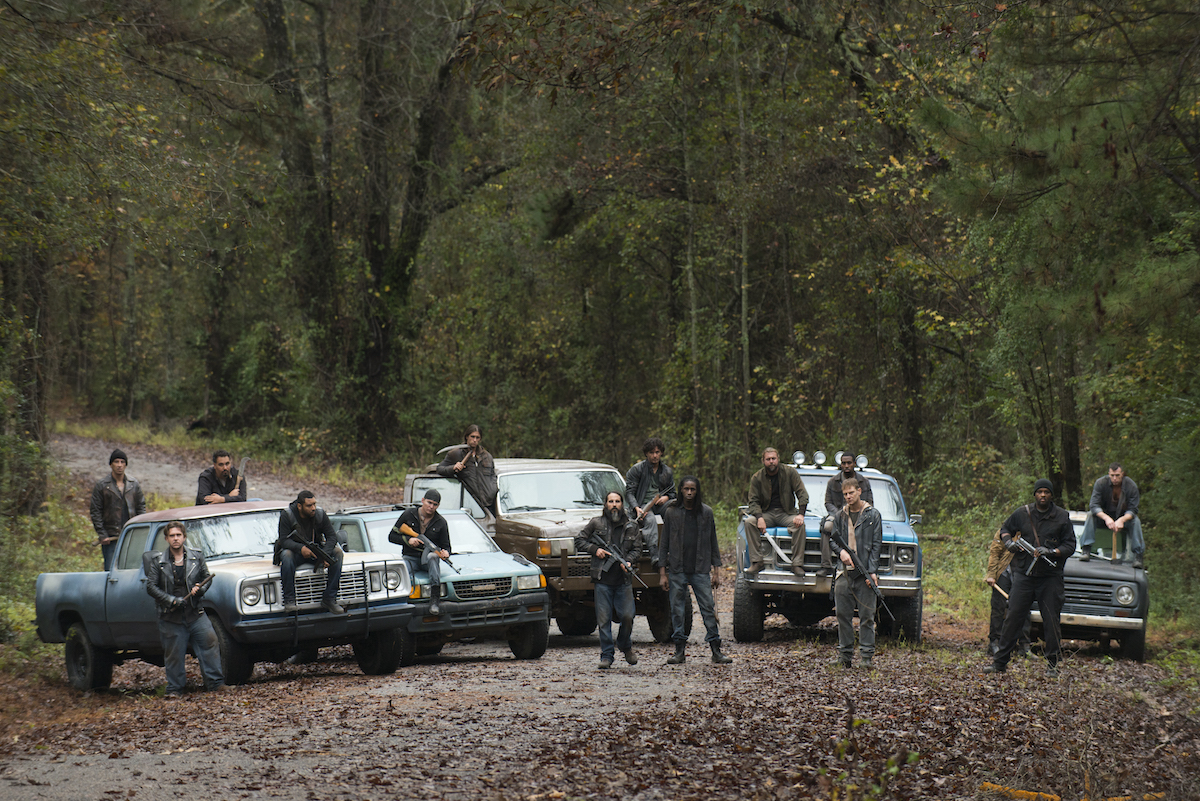 Hmmmmmmmm. More people this time. Interesting. But I guess that’s not a sign, right? Of some kind of coordinated effort? Maybe they know where you guys are going? Nah, no problem, just turn around and keep trying other roads. It will be fine. 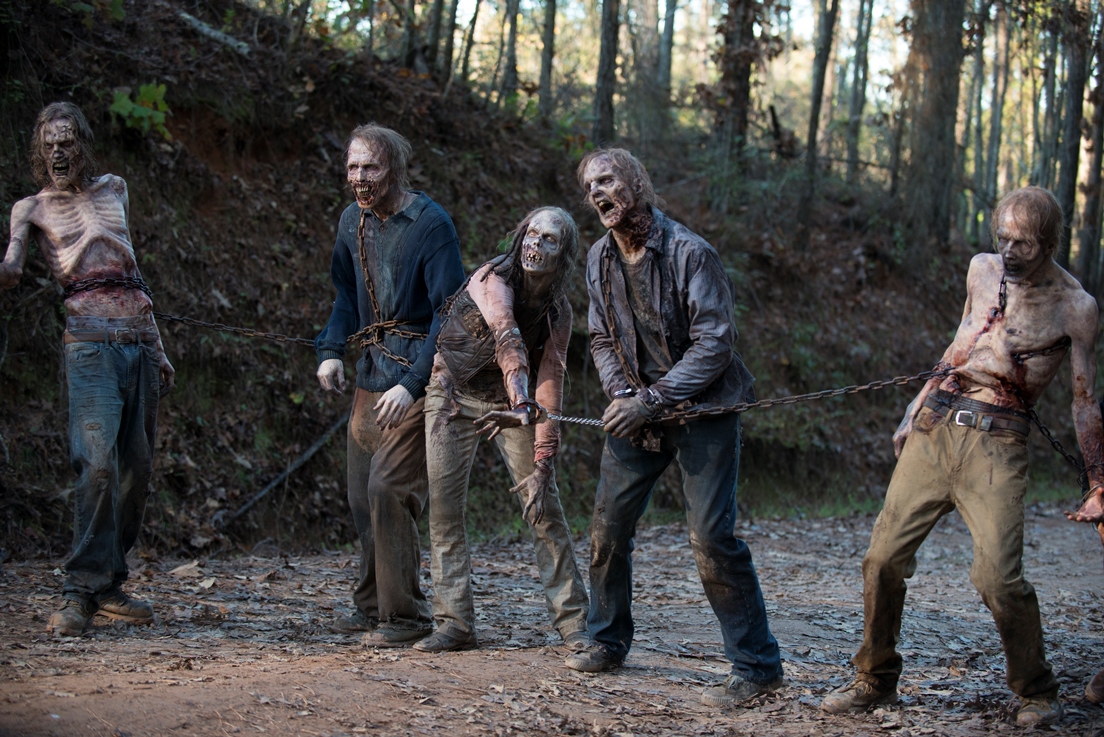 This one has pieces of Michonne and Daryl attached to them, so now they know they have their people. But you know, we’re just going to continue to act like we can find another road and everything will be cool. Seems legit.

Step 4: Encounter most upsetting roadblock yet. 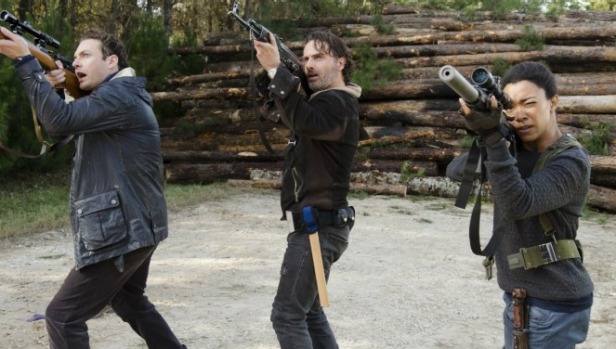 Now they hang a guy in front of you, and set a giant damn of trees on fire behind you. But it’s OK, I’m sure you can just figure something out.

At this point I’m basically screaming at the TV: Rick, you are outsmarted. You’re not getting to Hilltop. Just go home and try something else. This won’t end well.

Then they hatch the brilliant scheme that Eugene will take the RV and the rest of them will walk through the woods carrying Maggie. For a second, even though I knew what was coming, I had a little hope like hey, that’s smart, maybe that will work. But no of course, before long you hear the creepy whistling that means these nutjobs are about to capture everybody. I have to admit that was actually kind of effective. That whistling creeps me out big time and the fact that it was coming from everywhere and then they found themselves in the middle of a seemingly impossible number of people in the middle of the woods WITH their RV and Eugene was kind of a blow.

And then, of course, we meet Negan, finally. 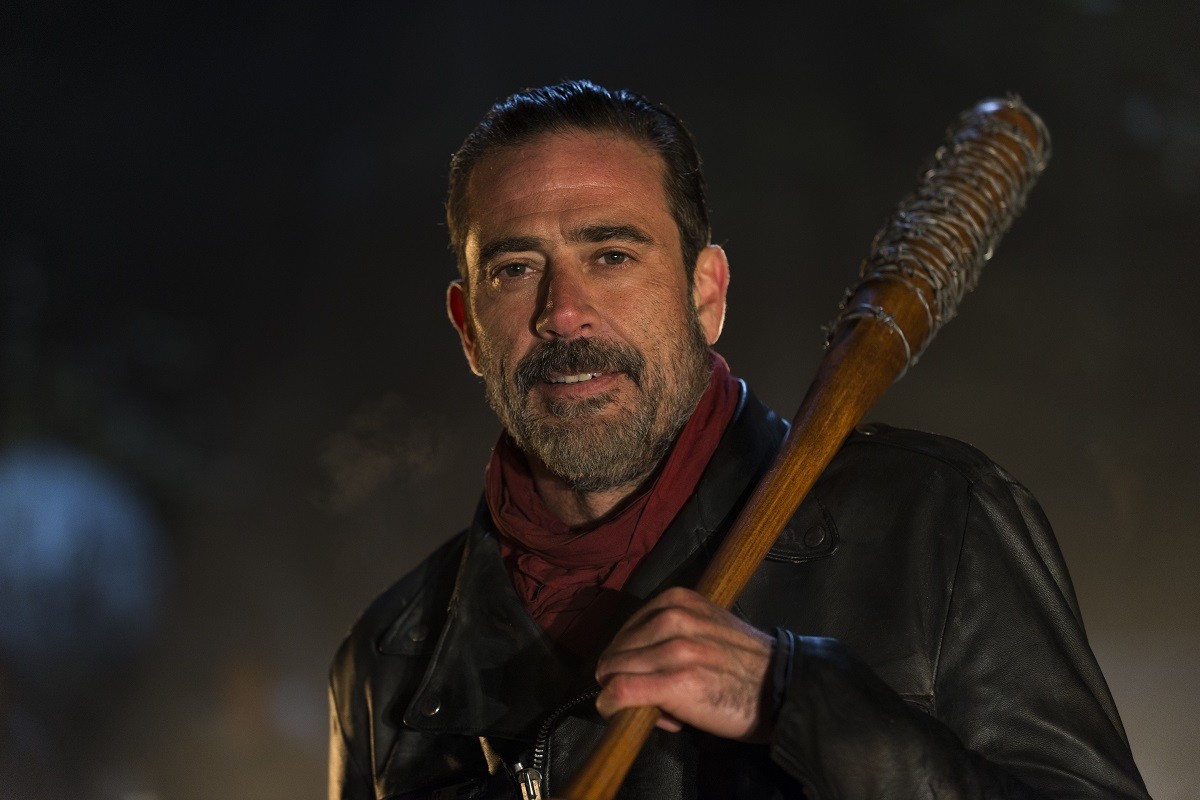 I’ve been looking forward to his arrival for so long now, and I’m not 100% sure how I feel about how JDM is playing him so far. I do think that maybe he is going to be able to bring a little “charm” to the character that I think I was supposed to somehow get from the comics, which I never did. And if so, then that’s pretty effective casting. I just hated Negan from the get-go in the comics and never understood how anybody could fall under his spell. But JDM might be able to convince me.

So there he is, and there, of course, is Lucille. Now the rest of this scene would have been almost perfect if they actually had a payoff at the end. It mirrors the comic really well. 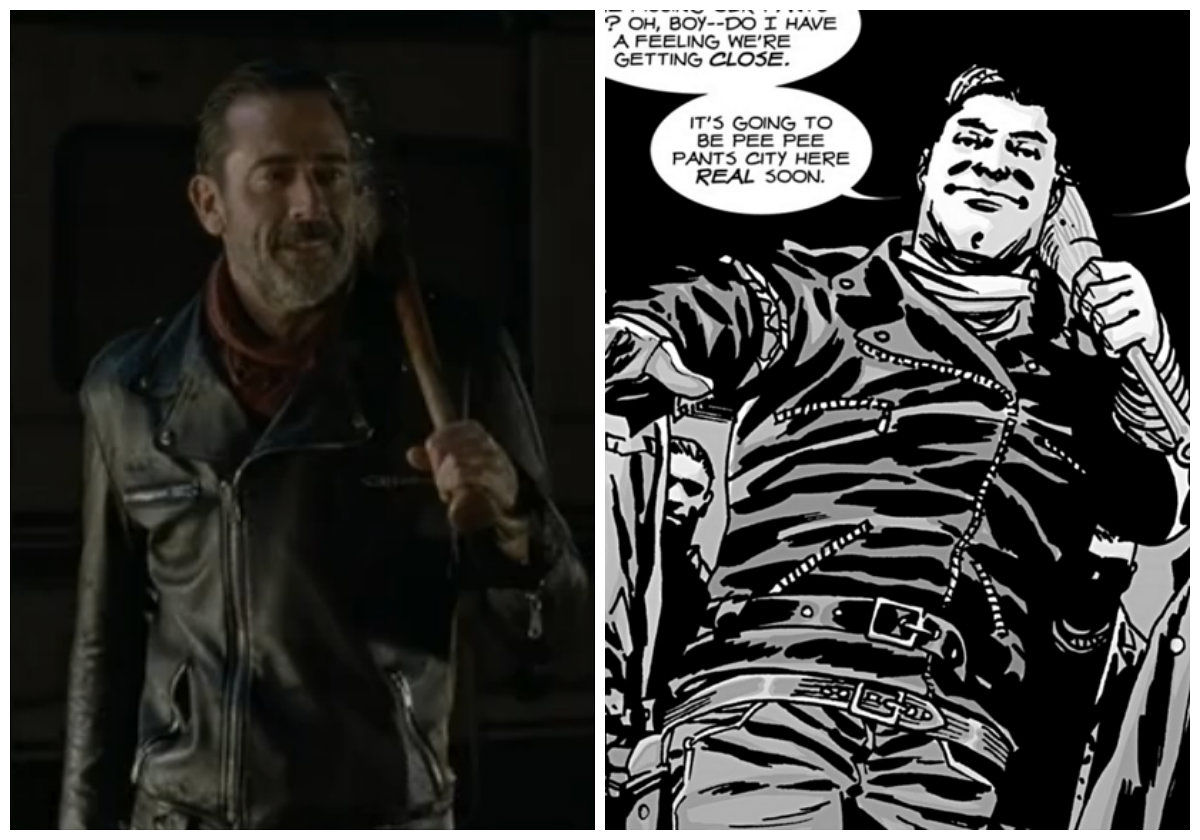 From telling them they’re all about to pee their pants, to calling Carl a future serial killer. 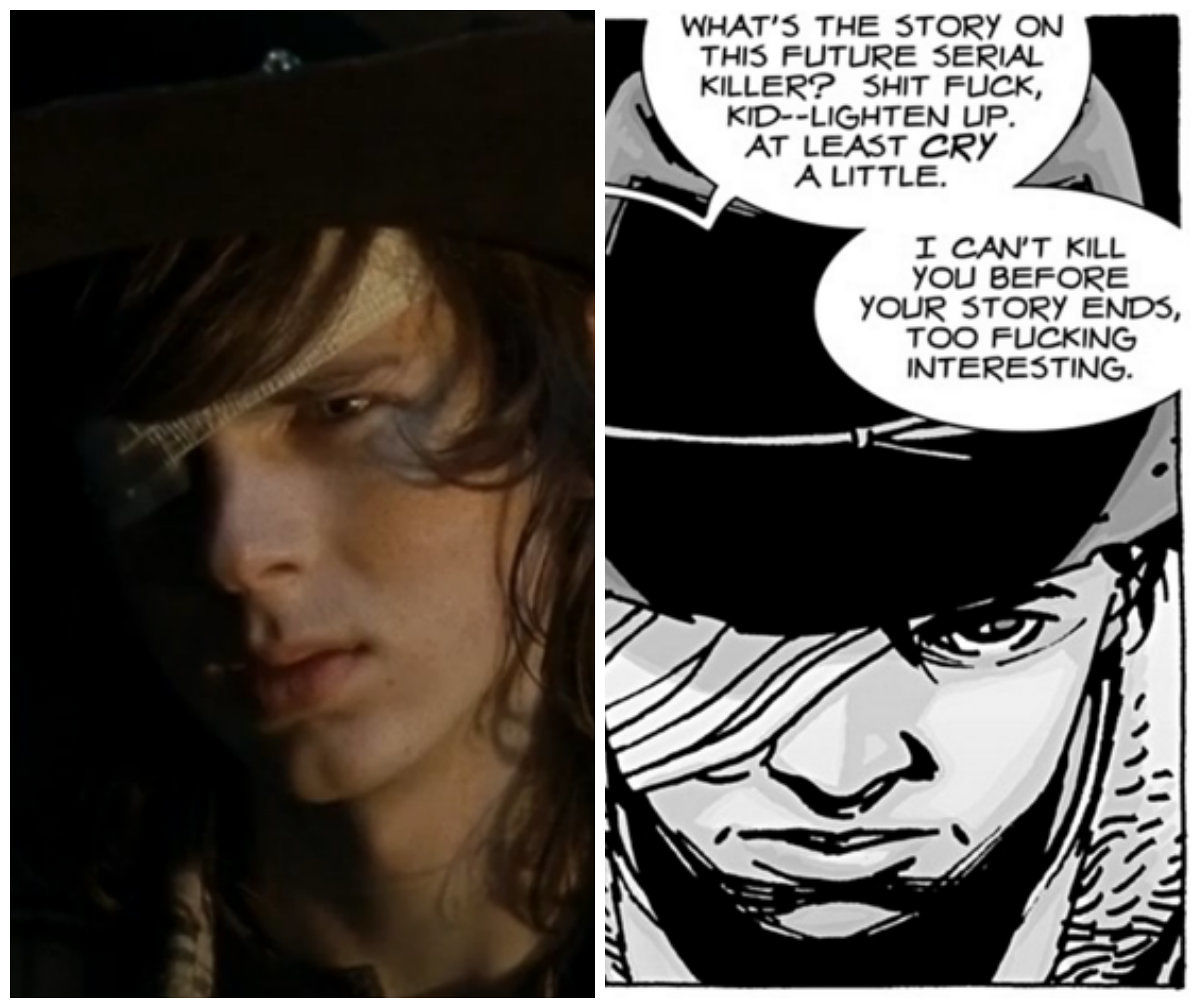 A big difference between the show and the comics at this point though is that Carl is a teenager on the show and he’s still really a pretty little kid in the comics at this point. I’m not sure his exact age but I’d guess maybe 10-11. That makes some certain upcoming events, if they play out the same, much more bada$$ for comic book Carl than show Carl. But we’ll see what happens.

In any case, I do think I should give Andrew Lincoln credit for this scene as he does a pretty good job of looking like he is reeling and can’t imagine a way to come back from this. I mean he’s been strutting around feeling pretty successful for pretty long now. Carl was literally just telling him “We can do anything” right before the whistling started. And now this. 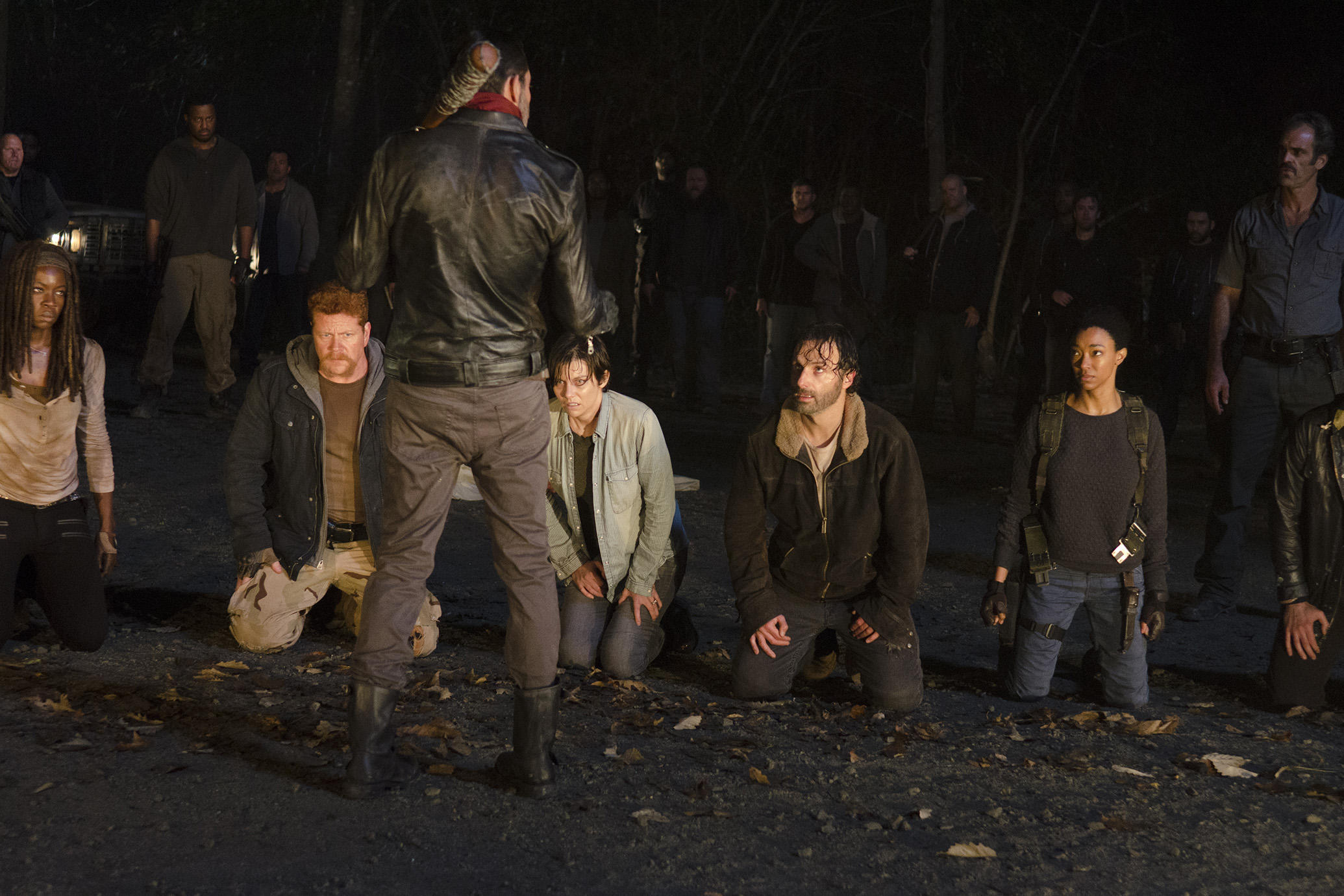 By the way, did you notice that all the Saviors in the woods are men? Yeah, me too. I have some thoughts about that but I can’t say anything at this point. Let’s see how it plays out, if you all continue watching the show after this horrible betrayal.

Why on earth they decide to end the episode with Negan killing someone but we don’t know whom, is beyond me. 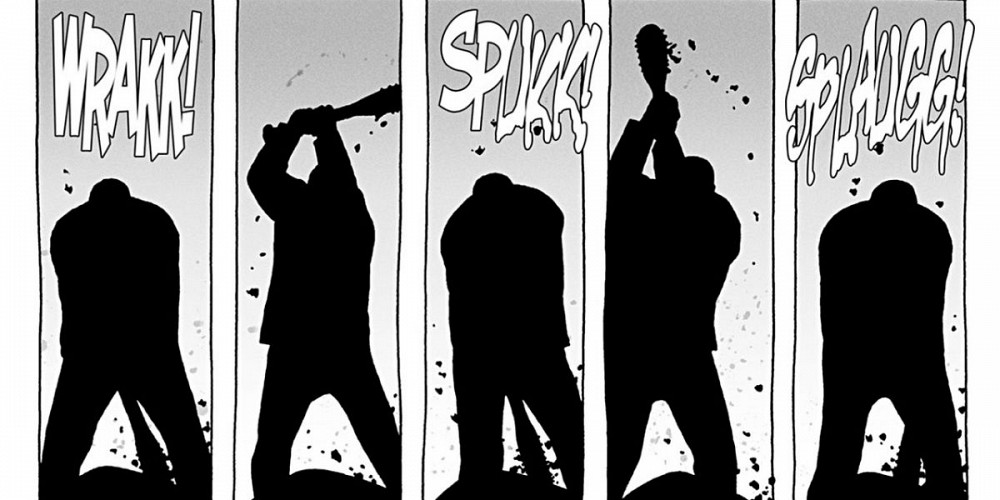 I mean we know it’s coming. We’re faithfully watching this literally turning in circles for 90 minutes. 90 minutes. There is just no reason to leave us with a cliffhanger other than you’re frankly just being a$$holes, writers. Seriously. As Negan himself would say, f#@$ you. (In the comic he peppers everything he says with the F word.)

I didn’t mention Carol and Morgan because I just don’t care about them anymore. It was just story to fill up the time we should have been given to see who Negan beats to death. The only interesting thing there was meeting these guys: 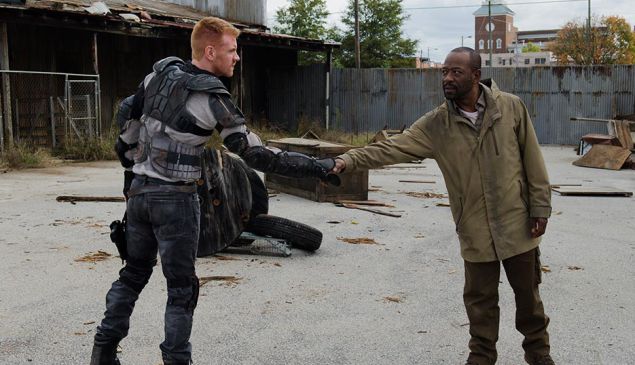 …who I assume are going to be from The Kingdom, another settlement that turns out to be part of the larger world Rick et al discover coming up soon. If they seem like decent folks you’re right, if that’s indeed who they turn out to be. I’m pretty sure it is. Hey look, their first introduction to our main characters actually isn’t Rick covered in blood killing one of their townspeople. Imagine that! Maybe things will go a little more smoothly then.

What did you think about this episode? Do you want to punch the writers in the throat too? Leave comments below!