The Walking Dead Season 7: Catching up 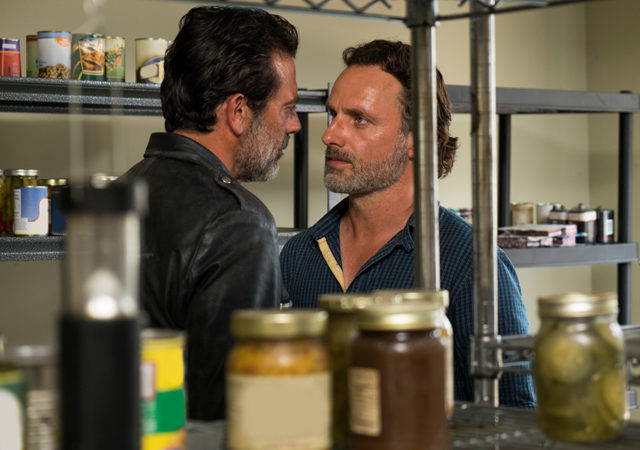 OK I’m sorry I’m so behind here folks, but give me a break, I’m still reeling from the election of Cheeto Hitler. I’m going to now actually quickly summarize where we are right now so that coming up I can write longer recaps for all the rest of the episodes.

Warning, this post will contain spoilers through Episode 4 of Season 7, which aired on Sunday 11/13, so don’t read it if you aren’t caught up.

So we get a week off of violence from Negan and sad hopelessness from Rick, and we catch up with Morgan and Carol in “The Kingdom” with King Ezekiel. I have to say I am pretty excited about the introduction of his character – and not in the same way I was for Negan, who is great because he’s so awful he’s fun to hate – but because Ezekiel is a fantastic larger-than-life bizarre character and I am looking forward to how the show handles him.

I can summarize this episode pretty quickly – The Kingdom seems to be a good place but Carol doesn’t trust the goodness and still wants to remove herself from society. Morgan finds out Ezekiel is dealing with Negan just like every community they discover seems to find themselves needing to do. But he seems to be handling it much differently from Hilltop and Alexandria. Negan basically doesn’t seem to f**** with Ezekiel as much. I’d like to know more about the history there, not sure if we’ll find it out or not. 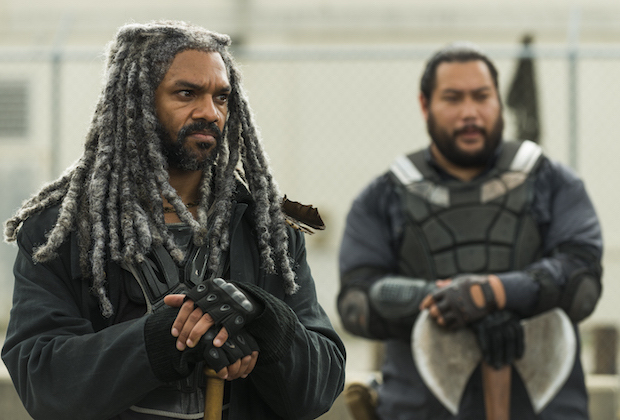 Ezekiel is clearly quite displeased at having to give stuff to Negan, but Negan doesn’t show up and terrorize his people, and the majority of the community seems to be blissfully unaware that Negan’s thugs even exist.

My favorite part of the episode is when Ezekiel catches Carol trying to sneak out, and sits down and takes off his act and just tells her his real story of who he is, why he has a tiger (he was a zookeeper, he went back to his zoo and found the tiger almost starving, they protected each other), why he puts on his whole act, etc. It’s very disarming. 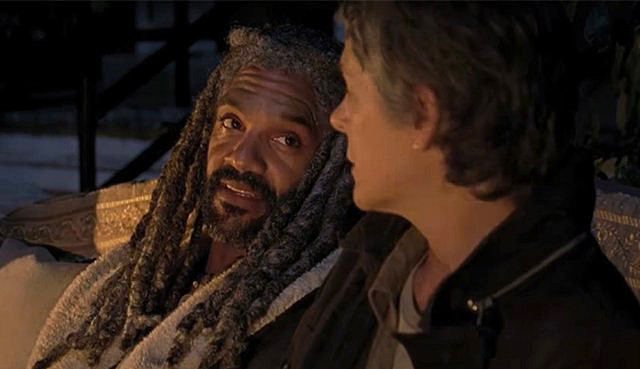 And when she asks him why he cares about her, about any of it, he says “because it feels good.” Imagine that, caring about people and taking care of them feels good. #KingEzekiel2020 please.

This episode is really just painful. I love Daryl, and I don’t like seeing a whole episode that’s just about him suffering. Again, it’s kind of necessary to show how awful Negan is, how fearful his people are of him, to get some of Dwight’s back story, but it’s still terrible.

So Negan’s test for when he considers someone to be fully with him and able to have some “privileges” (if you can call it that) like going out on runs with him, having weapons and some semblance of freedom, is you have to be willing to say to him “I am Negan”. After trying to break Daryl for some time, Negan has Dwight bring him into a room where Negan emasculates Dwight and then asks Daryl “what’s your name?” and Daryl says, of course, “Daryl”. So he gets thrown back in his cell and gets no privileges. 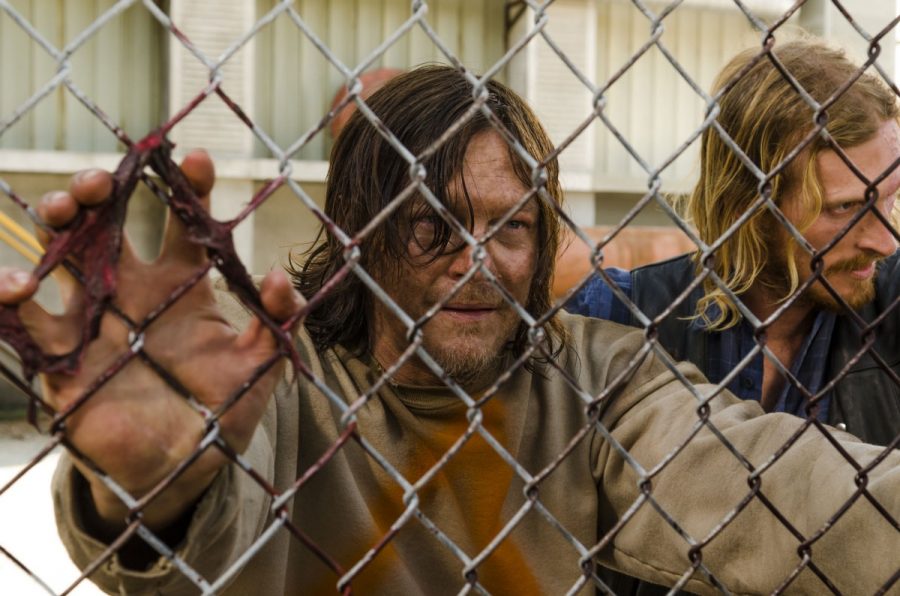 My favorite scene this episode is when Daryl both shows empathy and what a bada$$ he is when he says to Dwight, now that he knows what happened to him, “I understand why you did it. You had someone else here to worry about. That’s why I can’t.”

So this week Negan shows up earlier than expected, and terrorizes the folks of Alexandria by constantly threatening imminent violence, taking much more than half their stuff, swaggering around with various weapons, mocking and taunting everyone, and just generally being terrible. 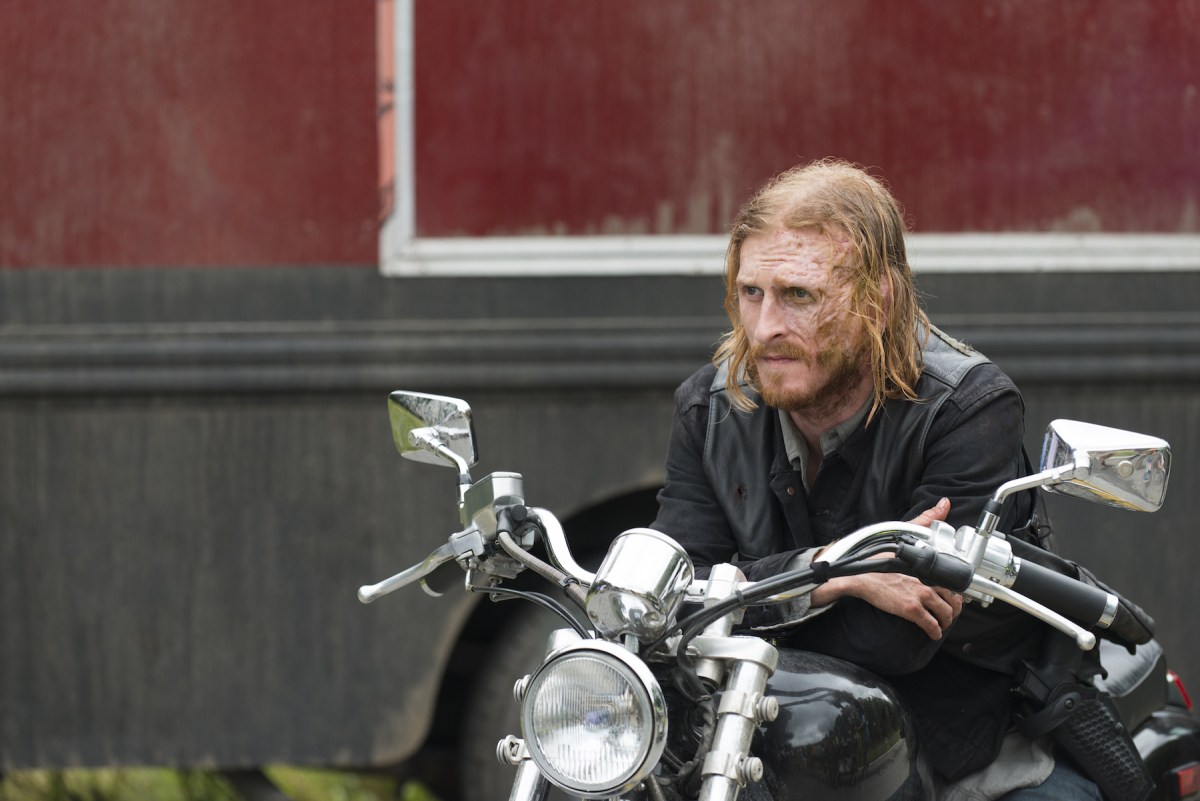 Shout out to Father Gabriel pulling the sham grave for Maggie together so Negan doesn’t think she’s alive to attack/rape/kill who knows. I hate almost everything that guy does but he did good here. 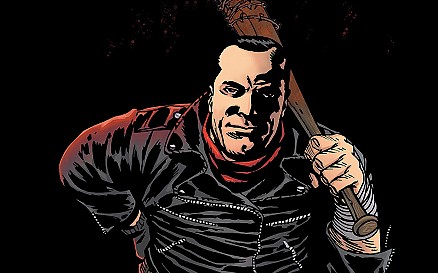 Negan from the comic

The most painful thing for me here is that Rick doesn’t seem to be just acting defeated, he actually seems to be defeated. I’m not sure if I’m remembering the comic right but I think he acted this way to Negan but was immediately planning revenge. I hate seeing him so cowed. I need him to get back to his crazy “I’ll kill you, come at me bro” self, at least secretly, as soon as possible.

I mean this moment in the pantry where Negan tries to explain that he’s magnanimous by letting them keep their dwindling food supply is just too much. Rick, how did you not lose your s*** in this moment?

So Michonne comes back from target-practice/accidental hunting and is forced to give up the deer she caught. She might have actually almost killed Negan with her stare. 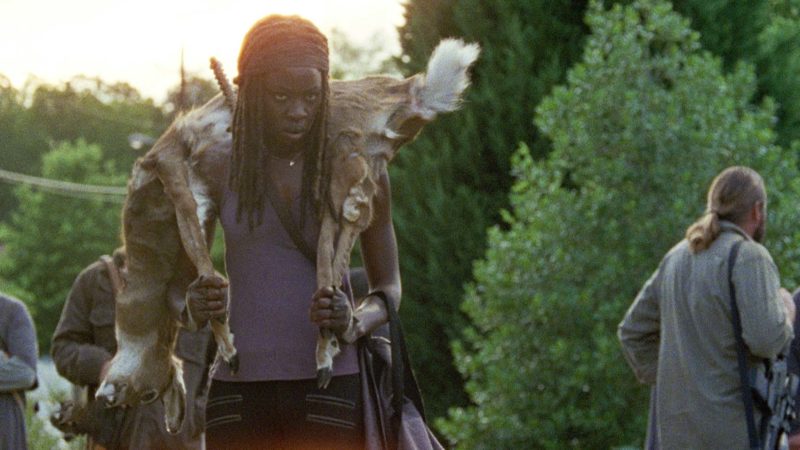 I hope she is able to light a fire under Rick right quick. She is ready for a fight that’s for sure. Negan, you done effed up, sir. Michonne doesn’t play.

One of the nice touches to this episode is that they took all the mattresses from Alexandria, and they didn’t even want them, Michonne finds them later on the road, having been set fire and left. Nice touch.

Lastly, has anyone watched this week’s SNL? There is a great TWD skit. It’s a must see if you’re a fan of the show and Dave Chappelle. 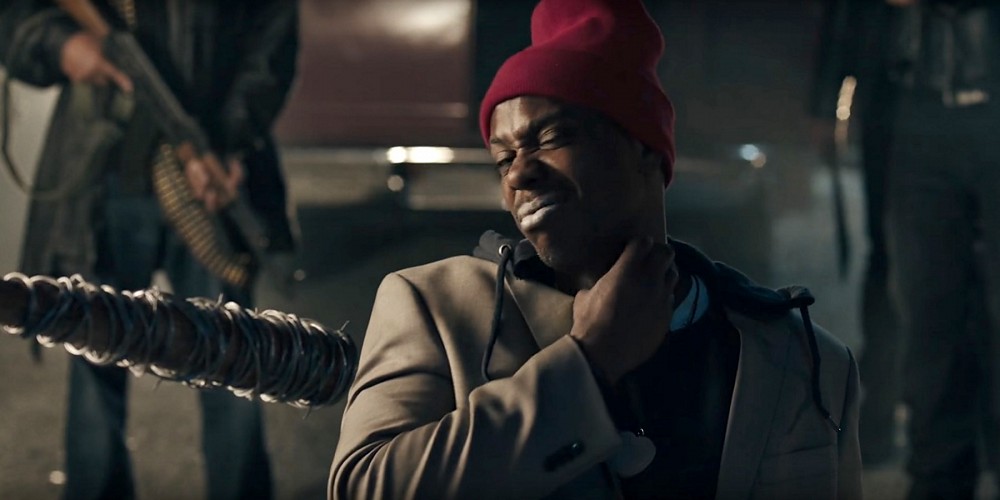 What did you think? Let us know!