The Walking Dead: Twice as Far; or, what the h#$% just happened? 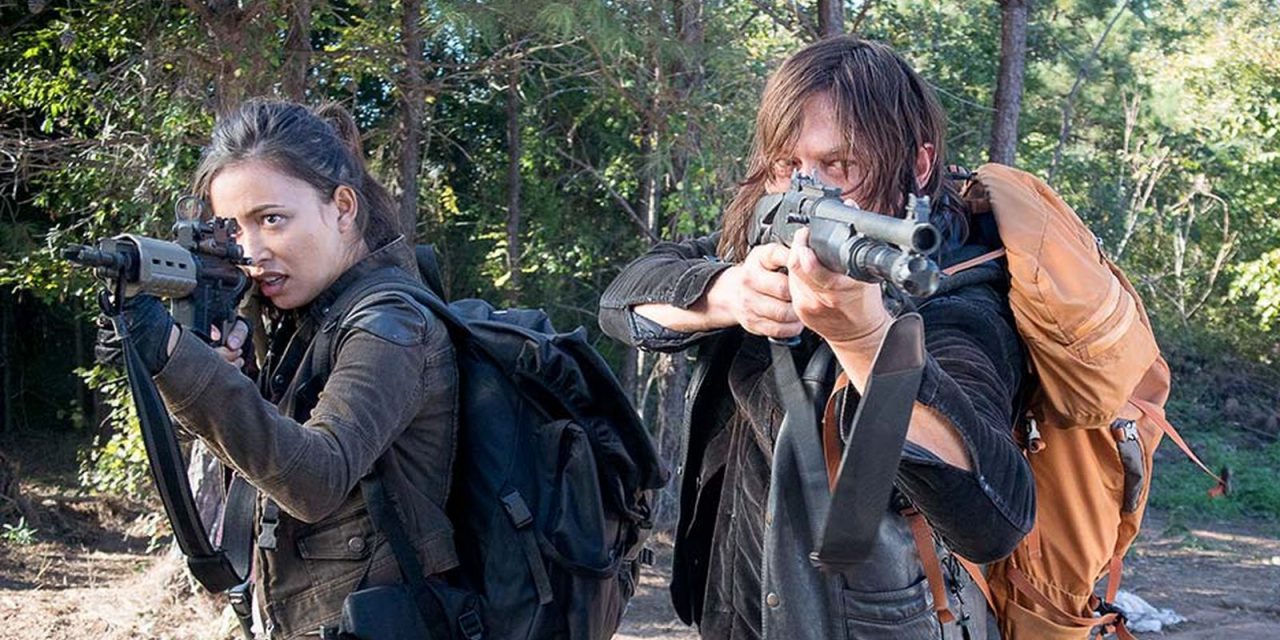 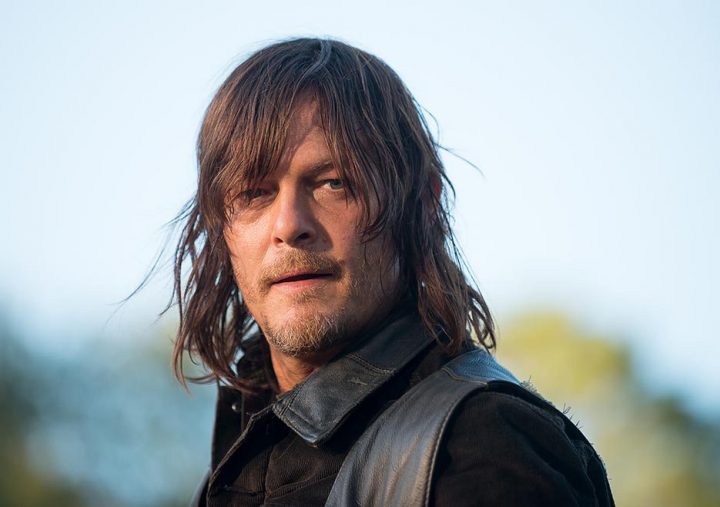 OK so what on earth just happened? Yeah, exactly.

Let’s start at the beginning. We get repetitive shots of the same activities over and over, I guess to show us that everyone is involved in their monotonous “everyday” activities. I’m not sure how much time we’re supposed to assume has passed. That’s something that bothers me sometimes on the show. Sometimes it progresses an hour in the hour long episode, and sometimes they skip months or days or weeks but without telling us so we don’t know what’s going on.

For instance, they just had a pretty major showdown with Negan’s people and it should have been pretty clear to them that they probably didn’t completely wipe them out, based on all the coordination on the walkies while Carol and Maggie were being held hostage, so it kind of bothers me that we don’t see any discussion about that, or plans for the future, or any kind of coordination or communication with the Hilltop folks. Sigh.

Anyway, Carol is smoking, which I guess is supposed to show us that she’s really upset about something. FYI, that something is killing people in case you missed it.

Well don’t worry, it’s not long before various folks are off on adventures. 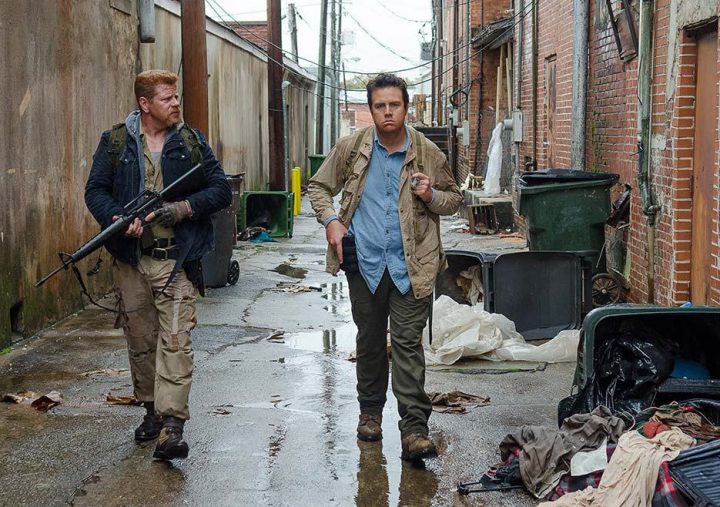 There were so many ridiculous things coming out of their mouths I blocked most of them out. Abraham and his bizarre analogies, Eugene talking like a nerdy robot or something, and trying to explain that he is now a bada$$. I think I yelled at the TV.

However, they got to the place where Eugene has decided he is going to make ammunition, which is pretty cool. This is a major accomplishment, obviously, as ammunition is currently a finite resource. It would be a great resource to have, which presumably no other communities in the area are going to be able to reproduce.

Enter Eugene almost dying again, and Abraham saving him, and Eugene getting mad that he didn’t let him “handle it.”

The other odd grouping to go out on an adventure are Daryl, Denise, and Rosita. Denise convinces the other two that there might be a good resource for drugs and medical supplies as she found an apothecary on an area map. She claims she’ll go by herself if they don’t take her and they reluctantly agree.

I did find it pretty funny when she was trying to tell Daryl how to drive the truck because he was destroying the transmission (though I also was anxious thinking, if you destroy the truck it’s going to be terrible getting back, just let her drive!)

A downed tree in the road had me convinced they were going to meet immediate disaster but no, that is later.

They find the apothecary, there is a lot of good stuff there, Denise has earned the trouble she caused them. She also stumbled across a very rotted walker who appears to be a woman hiding in the apothecary who drowned her own child at some point during the earlier days of the outbreak. Which serves to remind us, I guess, that she has never really been “out there” and is really pretty fragile and unprepared.

On the way back, she almost dies trying to get a cooler out of a car that has a walker in it, and the other two are giving her grief when she lets loose with a big speech about why she brought the two of them, because lest we forget, she’s not a practicing medical doctor, she’s a pyschiatrist. She brough Daryl because he’s brave like her lost brother, and he makes her feel safe, and she brought Rosita because she’s alone for “maybe the first time in your life” and she’s stronger than she thinks, and they’re both good people and basically they should cut their crap and – and then this:

Oh, an arrow, eh? How interesting. Now, where is Daryl’s crossbow again? That’s right, this jerk has it: 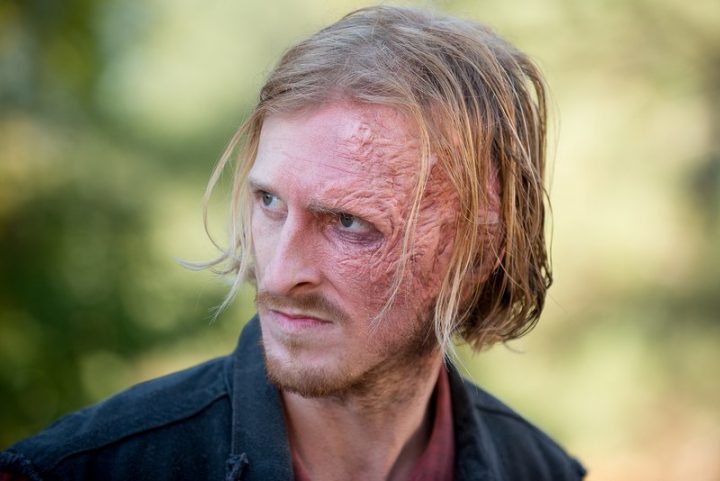 Only last time we saw him, his face didn’t look like that. Remember when he stole Daryl’s bike and his crossbow?

As Daryl notes for the second time this episode, he should have killed him then. Yeah, Daryl, you probably should have.

So, Denise is dead and not only are The Saviors here, they have Eugene. Because of course they do. He insulted Abraham and Abraham left him on his own. 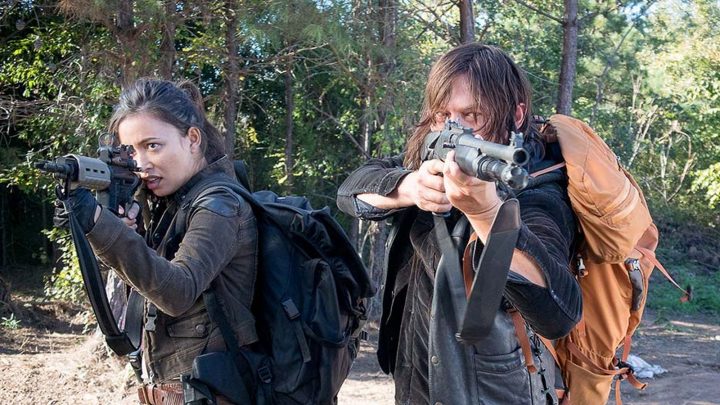 Rosita and Daryl reluctantly lower their guns but luckily Eugene manages to do something useful finally, by distracting The Saviors when he spies Abraham sneaking around on the periphery, then apparently bites Dwight’s junk through his jeans (not likely but OK, sure), and panic ensues as Abraham gets off a few shots and Rosita and Daryl re-arm themselves. The Saviors retreat but not before shooting Eugene in the gut, of course, and now the three remaining survivors have to carry him back to Alexandria.

I’m not sure how anybody fixes him since their only doctor, Denise, is dead on the train tracks. But apparently, he’s fine. Abraham inexplicably apologizes to him.

And then the weirdest thing in the world happens, which is as follows: Carol writes a “Dear John” letter to Tobin and apparently sneaks out of town in the middle of the night.

I have a lot of problems with this, but, in short:

What do you think about this turn of events? How do you feel about Denise’s death? I know we weren’t supposed to be as invested in her as we are in Rick et al, but I really liked her a lot. I’m sad she got an arrow in the head. Leave comments below!

And here is a not really related graphic, but I like it anyway, so I’m just putting it here. 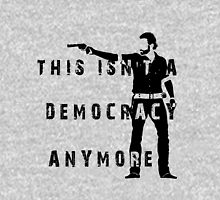