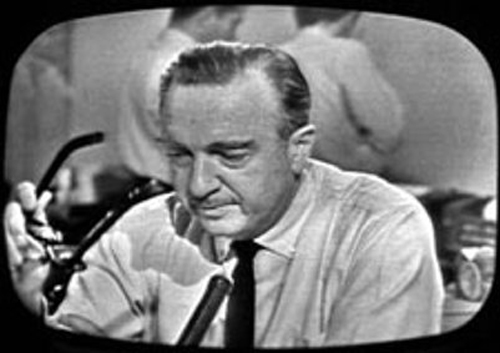 He knew a lot of shit.

Walter Cronkite, legendary CBS news anchor who was known as “The Most Trusted Man in America” died today at the age of 92.  if you don’t know who he was, click his name over there.  Now, I don’t know how or where he died, so I don’t think anyone won anything in Hollypocalypse, but I can tell you some interesting facts about the famed newsman.  Or if not facts, stuff I made up.  You figure out which is which.  UPDATE – he died of  cerebrovascular disease whatever that is.