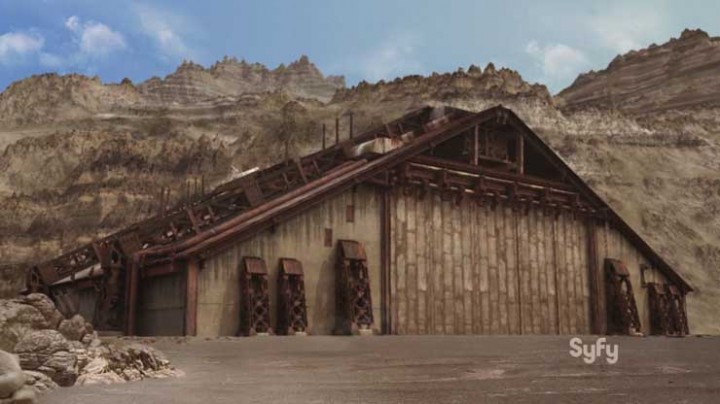 As we are well aware, all the shows I like get cancelled.  And Warehouse 13, my favorite show on SyFy of ALL TIME is of course starting its final, six episode run.  Why?  Because apparently there need to be more shows about aliens/ghosts/alien-ghosts living with humans and making a “drama” instead of a completely enjoyable comedy/action series with a clever premise, good characters and a never-ending supply of story mechanisms.

If you have never heard of the show, the premise is as follows.  There are objects in the world that have special powers (called artifacts) that need to be kept away from the general populous.  So the agents go out into the world and find artifacts that are on the loose and bring them back to the Warehouse for safekeeping.  And when I say artifacts, I mean cool things like Sylvia Plath’s typewriter and stuff like that.  They all have some crazy effect and the show does a good job keeping things moving.  Like the X-Files and every show since then, there are episodes that move the plot along and some stand-alones.  Tonight’s episode worked out the cliff hanger from last year (Giles from Buffy the Vampire Slayer as a caretaker from the past who is up to no good) and reveals the big bad for this last, truncated season.

I have to assume that with only six episodes that they need to keep each one in the Mythology.  There are some things I would like to see happen, but I am not sure what will.   I hope they just let everything be happy.  I have a lot invested in these people and I don’t want them to mess with who I like.  Why am I telling you this?  Because you can see the old episodes on Netflix and you should.  It is too late to save the show but it isn’t too late for you to have some fun with it.  And as a special treat, after the jump you can guess which of the agents I like the best!  What could be more fun!?!  The answer is: Watching Warehouse 13 followed by nothing.  Absolutely nothing.