Welcome to Maine. Watch out for Leatherface. 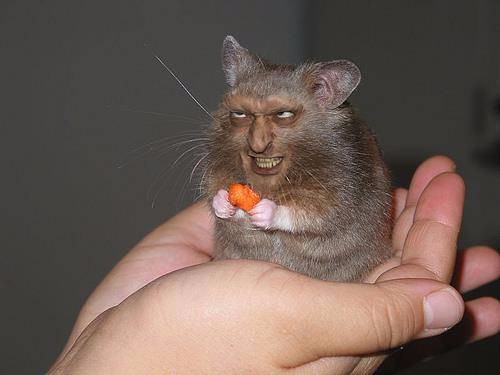 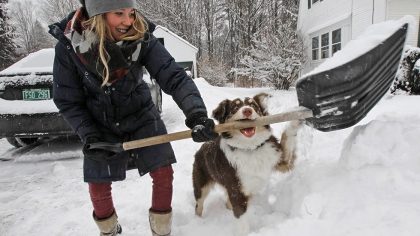 If I post enough photos of snow maybe the summer people won’t come this year!

I have read that by 2046 there may be no full time residents left in Venice. The city will still be swarming but it will be a Disneyland version of the city. This happens anywhere that’s so desirable that housing prices soar beyond the reach of all but the very richest.  It’s not going to stop me from going to Venice when I win the lottery but I’ll be the one buying the E ticket to the great rides.

This of course makes me a complete hypocrite because I refuse to go to Bar Harbor between Memorial Day and Labor Day. I also refuse to smile happily for tourists that stop to photo the local color walking his dog. Fortunately she’s a lot friendlier than I ever thought of being. If I was one of the People From Away the last place I’d want to go is somewhere selling cheap souvenirs and lobster flavored potato chips. (They have lobster flavored ice cream with real chunks of lobster too) The Summer People tend to stay out of Bar Harbor too. You’ll find the likes of Martha Stewart hiding in Seal Harbor arresting ladies who wander lost onto her driveway yet popping up to be MARTHA when she’s bored and wants some attention. (It’s one thing to go ballistic on the little people but quite another to try and ban some of the wealthiest Americans from watching her fireworks show on the fourth of July. You have to wonder why she really got sent to jail)

It’s hard to understand the whole Summer People thing. Some of these families have been coming here for generations. The town I come from was founded as a Summer Colony in 1895 because the actual town wouldn’t give the robber baron who was building his “cottage” his own way. A neighbor remembers being expected to step off the boardwalk when summer people were using it. Things haven’t changed much for the ultra-wealthy.

Well that’s not true. There’s no more boardwalk so I can’t test if I’d be expected to step off it. Maybe that translates into giving the right of way to any expensive car with out of state plates. One woman has come close to ramming me several times and there’s a stop sign on her side of the intersection. She’s the kind of person you find in your handicapped parking space when you finally get to the store after a close encounter. I’ve seen some of them with two and even three carts full of bottles. I’m not sure why the magic refrigerator that stocks itself doesn’t extend to the bar. They probably draw lines on the bottles too. Haven’t any of them heard of watering the booze so it looks like the bottle is still full?

Then there’s the entourage. How much do you have to pay an authentic black nanny with a genuine Georgia accent? I’d charge extra just for having to wear the uniform. Au pairs are almost universally blonde and Swedish. It used to be you could tell if she was sleeping with the boss by how high she could charge on the tab at the general store. I saw one hit $5,000 dollars once. She bought every cigarette in the place. My thought at the time was that it might be cheaper just to fly in a Park Avenue hooker.

Who am I to complain? I got to meet Norman Mailer the summer he wrote a play down here. The Maine thing is that you let people be and even the wealthy and famous appreciate that. I’ve sat behind Commander Riker in the movie theater with his wife Genie Francis (She’ played Laura on General Hospital but I’m a way bigger Star Trek fan) That guy who flies a jet and nobody actually likes can be found down there in the Belfast area too. I laughed so hard the day I saw Leatherface in Northwest Harbor. I didn’t know who Gunnar Hansen was but I knew he’d played a mentally impaired Texas cannibal.

Come to Maine. We don’t have the actual cannibals just the guys who portrayed them. He only gets out the chainsaw if you ask for an autograph.