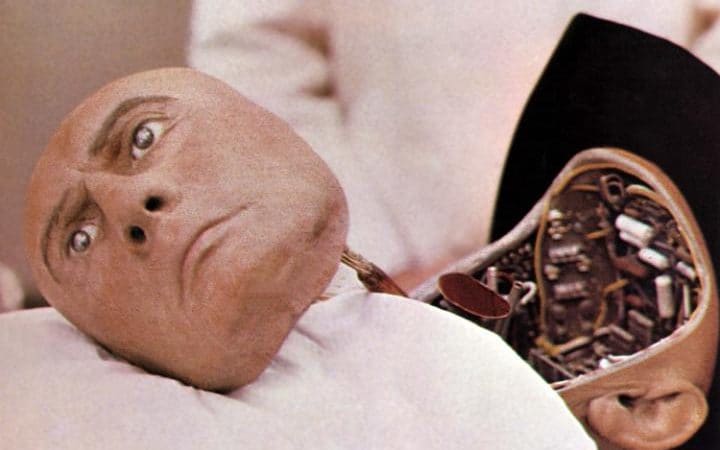 Can Westworld be more than killer robots and sex tourism?

Westworld seems tailor made for the frat bros who revel in the nudity and misogynistic violence of so many other HBO shows. The original movie was definitely a fevered adolescent fantasy of getting to play an adult version of Cowboys and Indians complete with robot hookers. Then it went wrong in the same way kids in a horror movie always get punished for having a good time without their clothes on. I can envision the pitch meeting with the HBO executive in charge of recruiting teenage Australian adult film stars to fill the naked chick quota on Game of Thrones: “Yah Bra. Robot Hookers!” Only the pitch team all had discreet “Liberal Vagenda” pins on their three piece suits. 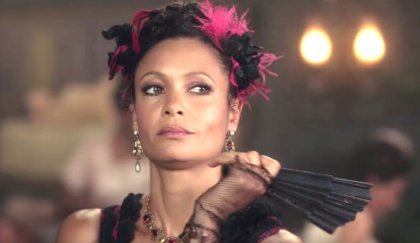 Sure she’s a hooker but she’s also programmed to be angry and aggressive.

The robot hooker is a black woman whose robot mind has been dialed up to be aggressive and angry. The Disney princess who’s literally not allowed to fight back during the nightly rape fantasy can suddenly pull the trigger. Worst of all for the beer and bong crowd episode three was all about talking. Sure it was about the dark philosophy that the park was founded on but you end up decidedly sober if you’re playing an HBO drinking game that requires nudity.

I mean the whole thing starts with a book club. Bernard has been giving the hosts books to read and he’s exposing Dolores to “Alice’s Adventures in Wonderland.” What is he thinking? Letting women read lead to the whole deciding they’re just as good as men and that they should be allowed to vote. Maybe even get jobs and be independent. For the good little girl designed to be raped every night just remembering her life is hell is a significant first step toward change.

We’re just starting to understand the Westworld concept of story lines. The robots cycle through endless “loops” to entertain the guests. It’s as if their lives are composed entirely of reruns of a favorite TV show. Only some of the hosts are breaking out of the mold. Imagine if Mr. Roper got sick of the hijinks on Three’s Company and suddenly decides to rape Janet and Chrissy. He’s been programmed to be the creepy landlord always leering at the girls. Why shouldn’t he be who he’s supposed to be? 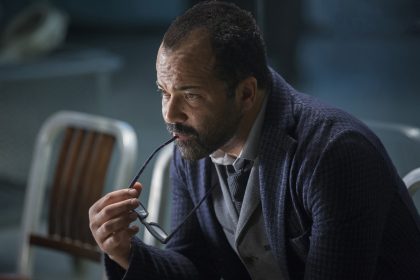 What is your agenda Bernard? Isn’t teaching good little girls to read against the rules?

William and Logan, who play the Richard Benjamin and James Brolin characters from the movie version, are just starting to adventure out of Sweetwater. Remember the further you get from town the hairier the story lines are. Logan wants to stay in town with the sweet hookers but William is starting to get into the story. They ride out of town and it’s Dolores that breaks the boredom. Dolores who’s just broken her “good girls don’t do guns” programming.

One of the more interesting theories floating around out there is that William is actually a younger version of the Man in Black. Since none of the robots would actually age and the Man in Black admits he’s been coming to Westworld for thirty years we could be looking at two different timelines. There are a few continuity problems with that theory but either way William is losing his innocence rapidly. That black hat is just so much more fun to play than the white one.

I’ve got to say that if I ever was allowed to build my dream office it would look a lot like Dr. Ford’s. I NEED a robot to play the piano for me whenever I turn the lights on and to have display cases full of animiatrons and other cool looking junk. This guy is the ultimate Pygmalion pulling the strings of all the stories in the park just because he can. Watching him talk to Buffalo Bill down in cold storage and kill the elaborate planned spectacle just makes me think he’s planning one last epic narrative arc before bowing off the stage forever.

Not all the hosts are approved to use weapons. The guns that hosts are allowed to use only knock a guest on their butt but it would be hard to engineer an axe to only do a little bit of chopping. Presumably the extra bit of RAM or whatever the robots run on also gives the special ones more of the disturbing independence that’s been cropping up lately. 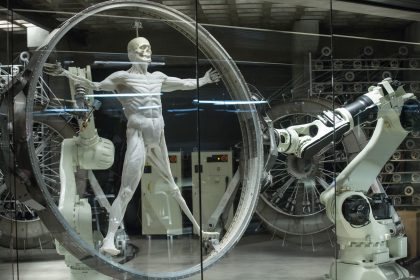 Up the RAM on this one. He’s going to have to chop wood. (I’m still amazed at how similar synth creation from Fallout 4 is to building a host in Westworld)

The new villain, a former soldier named Wyatt, can hear the voice of god. It turns out that’s not some religious epiphany but an actual part of the programming of the hosts. Dr. Ford’s old partner Arnold (The one all the dysfunctional robots seem to be talking to) attempted to create consciousness with the notion of bicameralism. (This is a real thing check out the link if you don’t believe me) The only problem was thirty years ago when Arnold tried out his theory the robots went crazy because god was talking to them.

Julian Jaynes hadn’t even written The Origin of Consciousness in the Breakdown of the Bicameral Mind when Yul Brenner stalked Richard Benjamin all over the park thirty years ago. What the hell? Where is the nudity? Ok I don’t actually watch TV with a beer and a bong but I need a little something other than exposition and the last ten minutes of the show being ultra-violent. The stray smashing his own head with a rock was almost as nauseating as what Wyatt’s marauders left behind. 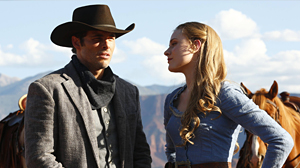 And then Alice went and talked to a rabbit and there was no raping at all Teddy!

I’m left with a lot of questions. What is Bernard doing with the books? Does he even know? Is Gina Torres going to join the show? I love Gina Torres and it would be great if she got more air time than a video call screen. What the hell actually happened with Arnold and why is Dr. Ford so insistent that the hosts aren’t sentient beings? Was that a dinosaur roaring in the background during the scene with Wyatt’s marauders? Is there now a Dinosaur World just over the next ridge? In the original movie there was Roman World and Medieval World in addition to Westworld and we’ve already seen Maeve have a flashback to what looks like Futureworld. Can the stray carving Orion on the bottom of a turtle shell be a more blatant “Blade Runner” reference?

I’m ready to find out. I’d like a little bit less of Psych 101 and more action but I’m willing to invest in a slow roll out if Westworld holds up to the intriguing premise it’s promised us.