What do you think? Mojave Desert Cross 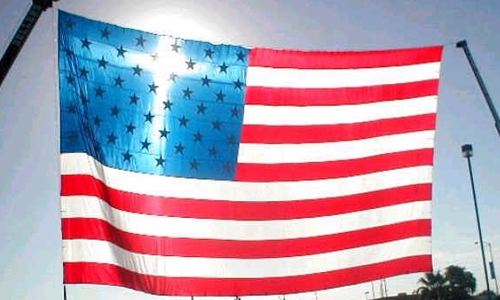 Sometimes I see things and I wonder if I should be as apathetic as I am.  This is one of the things that makes me wonder.  So gangrenous fingers be damned, I will write this down!  I got a link to the video below in my email.  It’s about some cross on a rock in the Mojave Desert.  Who cares?  Well, the people who made this fancy video, as well as the ACLU.  See, the ACLU wants the cross taken down because it is on Federal land and they are picky about the whole Church/State thing.  Lots of other people figure the ACLU should STFU because the cross was about veterans and veterans and anything associated with them > everything else.

So watch the video, and read the lawsuit that I THINK is the one they are talking about and let me know what you think about this.  I just don’t know if I can muster up enough energy to give a shit.  But reading the comments on the Youtube page, I seem to be in the minority.  I just know that if someone sued me because I had put a cross somewhere then I would have said it was not a cross but rather a poor representation of a plus sign.  They could not prove I am wrong so I would be able to keep my tribute to addition safe!  But seriously, what do you think?

Also – just because I almost went a whole post without any boobs in it.  Here’s a nun with big boobs though she might not really be a nun…