What I Learned From Cosplaying Every Day in October 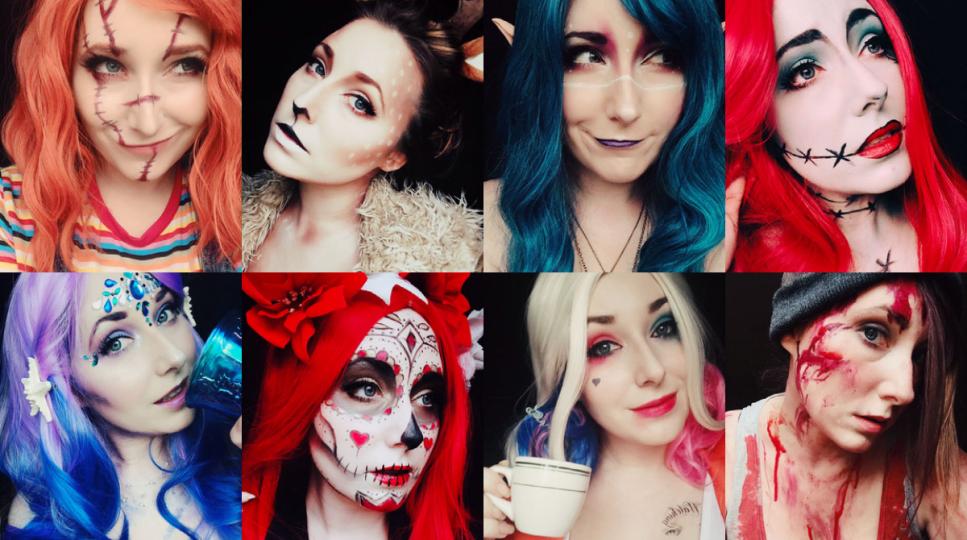 Hi! My name is Erezebeta, but ffs just call me Beta. I already know you took 10 seconds to struggle over all those vowels. That’s what happens with internet names, it’s always a guessing game and well…you guessed right that’s my name online, predominantly on twitch.

So aside from shameless self promotion, I want to actually talk to you about something I got into last October and that is the art of the Cosplay, and how it played into my content creation.

Cosplays are generally associated with Cons (conventions you boomer) and some NSFW categories on multiple sites. But either way you slice it, it’s a community of people who love to have the creativity and freedom to show their respect while dressing up as their favorite character. These can come from comics, books, movies, real life. You name it, someone cosplayed it.

A little background. I was an only child with no friends who loved Halloween; WHO WOULD HAVE GUESSED IT! And with that my adult life made it very challenging to participate in the holiday I loved the most. Also when I was a kid I hated having to pick one costume from Party City…it broke my soul. That being said I came up with the idea to dabble into cosplaying last October.

The plan was simple. Do 5 cosplays, one for each week of the month and stream everyday to promote it. But what started as 5 turned into 27. I was addicted. Sleep was for the weak and credit score was for boomers. I was gonna last minute every cosplay I could. I learned a lot from that and I’m now approaching my second year doing what I call 31 Days of Halloween. I learned so much from it and I think I have a few tips and tricks that might help you get into it as well (and not max out a credit card).

Some of the best cosplayers I’ve seen have the perfect trifecta…they are Martha Stewarts, Marc Jacobs, and Tom Savini’s love child. Meaning they know how to craft shit into magic, design and sew like a god, and work makeup in a beautiful and terrifying way. I barely can work a hot glue gun, operate a sewing machine, but…I do have makeup experience.
With that you really don’t need to embody all of these skills but damn if you have them you have a hell of a leg up. That being said, NEVER listen to someone who says “ooooh but you bought the cosplay??!” or “oooohh but that’s not entirely accurate??!”. Those people have smol pp. Move on from them.

Literally be whoever the fuck you want to be. YOU can do that. Mind you be respectful and have some common sense. But other than that I’ve been a gender bending Chucky and a generic mermaid all in the same week. It’s about your love and passion for who you’re portraying so go crazy and enjoy the ride.
Part Three: Cost

Alright so here’s a kick in the nuts. If you want to cosplay as a Sylvanas from World of Warcraft because I mean she’s bangin’…you’ll be paying a pretty penny for it. Even crafting your own is going to cost you A LOT. That being said I would do what is considered “closet cosplay” essentially finding everyday pieces that would fit for the character. These can be found at thrift shops, ebay, and amazon. I usually had to go with Amazon due to the time factor as well as a lack of a personal vehicle. The average cosplay I did ran me about $30-$50 bucks…now times that by 31 and you get an idea of how much my month of mayhem would cost.

Do what makes you feel confident. Who cares if it’s not perfect. Cosplaying isn’t an elite group of perfectionists regardless of what Instagram may make it seem. If it’s something you think you’ll love just try it and I promise you that you won’t regret. That being said it’s 11:57am September 30th and I’ve got some things to work on folks.