What You Need To Know About Green Energy 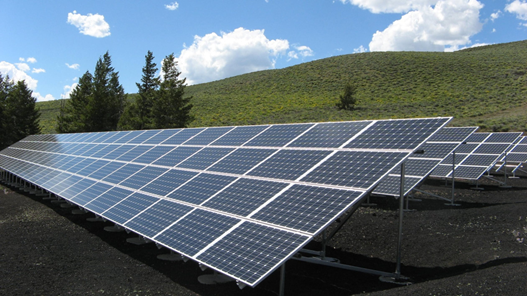 Going green has been a rising trend in the midst of climate change and global warming headlining the news in recent years. People today are more environmentally-conscious than ever before. From abstaining entirely from animal products to using reusable bags for groceries, we see groups of environmentalists and activists stepping up to lead the fight against climate change. 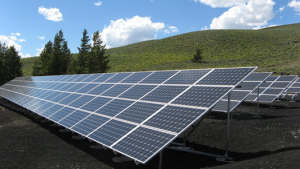 Experts contend that we have until 2030 to make a change before the man-made impacts on the environment are irreversible. That’s just eight years from now. One significant change that the world could gravitate towards is using green energy. And that’s what this article is all about. Read on to learn more about green energy and how it could be the key to saving the earth.

What Exactly Is Green Energy?

Green energy refers to the energy that is generated from natural sources such as water, sunlight, and wind which will be further explained in the next few sections.

Experts found that switching to green energy will greatly reduce the harmful environmental impacts and is a viable solution to achieving long-term sustainability.

Green energy is considered to be a fairly new terminology in the energy market. Don’t confuse green energy with renewable energy because while there are some overlaps, they are not synonymous in theory and practice.

It is impossible to tell which type of energy source a place is using just by flipping the switch. They could be using conventional energy sources like coal, renewable energy, or green energy.

Both renewable and green energy come from the same sources which are essentially sunlight, water, and wind. However, the key difference is the technology that is being used to generate energy.

Green energy adopts technologies and products that do not exploit the environment. This means that when natural resources are harvested to generate green energy, there are minimal harmful impacts on the environment.

So essentially, opting for green energy instead of renewable energy would increase the support for newer and cleaner technologies and reduce your carbon footprint.

There are five main sources of green energy in the market today. Here’s a breakdown.

Perhaps one of the most well-known forms of green energy that you may have heard of is solar energy.

The abundant and constant sunlight is a clean source of energy that can be collected by solar panels to be converted into energy. Solar panels have these things called photovoltaic cells. And there are tons of these cells built into one single panel. What these cells do is they use the light energy from the sun to create an electrical current through something called the photoelectric effect. An inverter then converts the current into an alternating current which is what you’ll need to generate electricity in your homes.

Too much science? The main takeaway from this is that solar energy uses a clean source of sunlight and solar panels to be converted into usable electricity. Investing in several solar panels on your rooftop is a good way to start using green energy. It lowers your overall electricity bill and is good for the environment. A win-win situation.

Another clean source of energy is wind energy. Typically, three-blade wind turbines are utilized to convert wind into electricity. With the presence of wind, the force from the wind will push against the blades to create a one-directional rotation and in turn, allow the internal rotor to gain traction and create electricity. 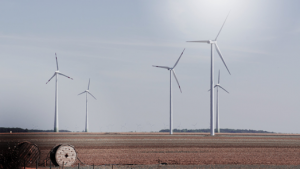 Unlike solar panels, wind turbines are not home-friendly as they have to be of a certain height to maximize the impact of the wind. Furthermore, a huge surface of the land is needed to create an entire field of wind turbines also known as wind farms.

Next up, we have hydroelectric energy which is generated from the flow of water. Typically, man-made dams are built to store a massive amount of water within. The dam has an internal gate that can be opened at any desired time. This allows the operators to generate electricity at scheduled timings as the incredible speed of the water flow will create a force on the generator’s turbine which eventually converts it to electricity.

Hydroelectric energy is a popular source of energy that many nations around the world adopt. In 2017, a study found that our atmosphere avoided capturing approximately four billion tonnes of greenhouse gases from using hydropower alone. Four billion tonnes! Now, that’s amazing.

Biogas is a clean source of energy that is gaining traction around the world. Biogas is produced when organic matter decomposes. This includes our food and agriculture waste, sewage, as well as manure.

When these organic matters are stored in a vacuum without oxygen, they will start to ferment and produce several gases. The most essential gas among them is methane, which can be converted into energy.

Furthermore, after methane is extracted from these organic matters, the end product can be used as fertilizers.

The obvious benefit to using green energy is definitely the reduction of harmful environmental impacts that will be produced.

Planet earth has provided us with so much natural sunlight, wind, and water and it is only right if we use them to the fullest! While it may be more costly to pay for these energies up front, green energy providers need all the help they can get to fund their research and the creation of new tech to harness this type of clean energy more cost-effectively. It is only then that green energy can be the affordable and cleaner source of energy accessible to all.

So, if you’re able to afford it and care for the environment and the future of the next generation, do adopt green energy whenever possible!

Only through our conscious efforts can we then mitigate the already devastating impacts of greenhouse gases and toxic pollutants drifting through the atmosphere.

The fight to combat climate change and global warming requires and appreciates every single effort put in by individuals. Simply switching to green energy is one way that you can reduce your carbon footprint and make an impact.