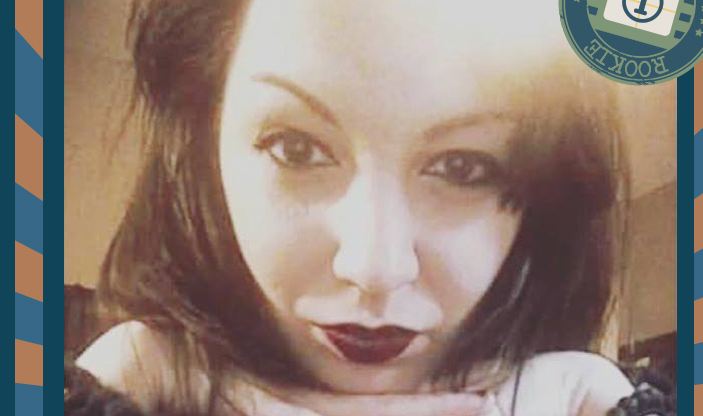 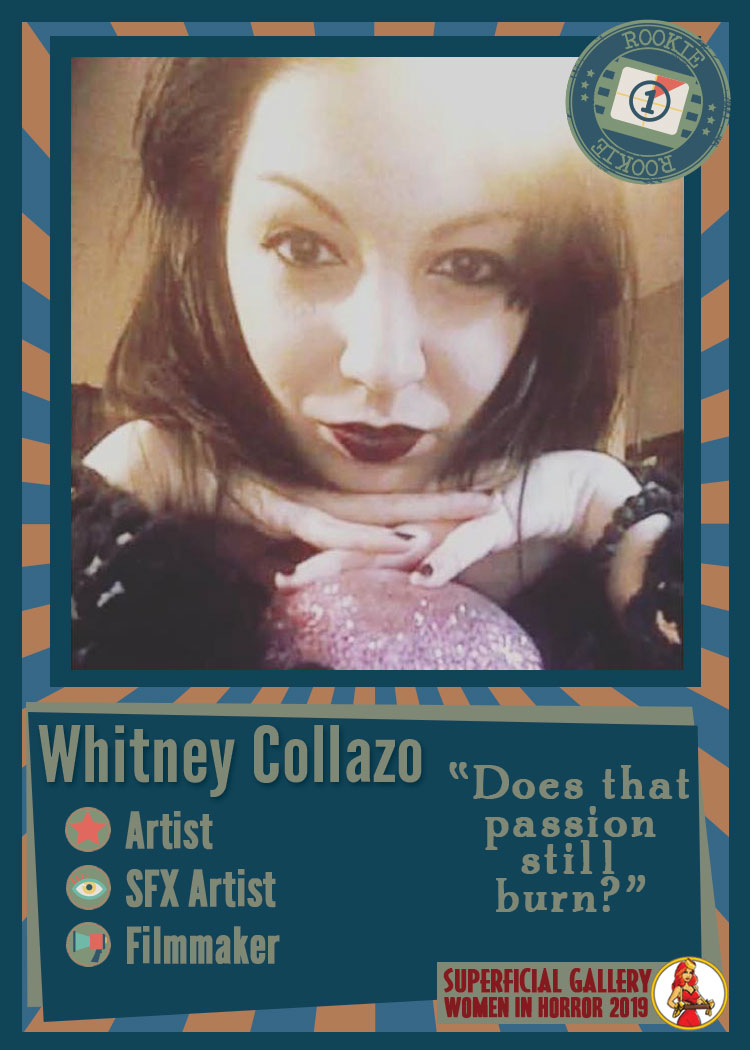 Our Conversation with Whitney Modesta Collazo

Last year I won second place in a makeup fx challenge at the Days of the Dead horror convention in Charlotte, NC.
I wrote, produced and did makeup on a short film titled Gruss Vom Krampus.
My short won Best Super Short and Freaks Choice Award at Horror Movie Freaks Film Fest last fall.
It’s recently been accepted to Mad Monster Party’s Film Fest.
I’m also incredibly thankful for those who have chosen to commission artworks from me.

Pet Sematary. Mary Lambert’s direction was so profound and bone-chilling.
It’s one film that has made a huge impact on me emotionally as well as artistically. After all, sometimes dead is better!

Guillermo del Toro.
Just like Guillermo del Toro, my father and that side of my family hails from Jalisco, Mexico! Macabre Mexican blood aside, I love how Guillermo makes us feel a sense of empathy and sympathy for his characters. Underneath layers of those creatures, he peeled back forms abuse, neglect and vulnerability. To me that is human, monstrous and magical all at the same time.

Search for a local haunt, theatre, and/or film cast or crew call.
sign up, show up, do the work and network. Most importantly, keep learning and practicing so you can branch out. Hone your talents, remain humble, and never let anyone make you feel inferior!

Try and think about what you’ve already accomplished over what you haven’t.  Does that passion still burn? Keep that fire within you.

I’ve stayed mostly behind the scenes in film with the exception of being a double on a few occasions. Last year I stepped out of my element and had a small speaking role on set of a short titled Countdown to Midnight. I do plan to write more and who knows, perhaps a bit more acting.

With Countdown to Midnight’s completion, I’m looking forward to seeing where it heads in the film fest circuit. Aside from art commissions,
I’m eager to get creative with my co-collaborators at Wreak Havoc Productions. Also, I am a new co-host with Gruesome Magazine’s podcast Decades of Horror: The Classic Era.