Who made the bad choice here? 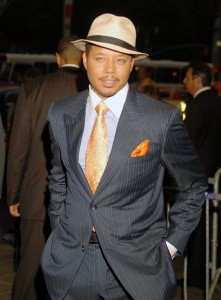 Terrence Howard wants you to know that he loves Don Cheadle.

“I’m definitely looking forward to seeing the movie. I want to see Don Cheadle become me. No, I want him to do better than me,” Howard says. “That’s what I really want to see. Don Cheadle was the reason I got ‘Crash,’ so I have a lot of love for him.”

“Marvel made a choice, and it was a very, very bad choice,” the actor — whose role was given to Don Cheadle — tells Parade.com.

You know, I kind of feel for Howard on this one. Sure, Don Cheadle is a bigger name, but Howard seems to feel like he needed a comic book SEQUEL to up his stature. Bursting onto the scene with Crash in 2004, you would have guessed that dude could get some roles. But, man, Four Brothers, The Brave One, 50 Cent’s movie (seriously?), and his latest one is coming out sometime, maybe this weekend, called Fighting. He’s just not picking winners, is he?

Here’s the synopsis of Fighting:

A young man named Shawn MacArthur (Channing Tatum) moves to New York, where he struggles to make a living selling counterfeit goods on the street. He is spotted by Harvey Boarden (Terrence Howard) a veteran street fighting coach who offers him the chance to earn big money by competing in illegal underground fights. As MacArthur becomes increasingly successful, the stakes get higher and higher.

I hope they pitched it as: Fast & Furious meets a Jean Claude Van Damme flick with the lame quotient ramped up.

I’m not saying Howard would have got the Iron Man 2 role over Cheadle had he not done some of these pictures, but, uh, I can’t imagine they’ve helped.