Who won the Nobel Prize? 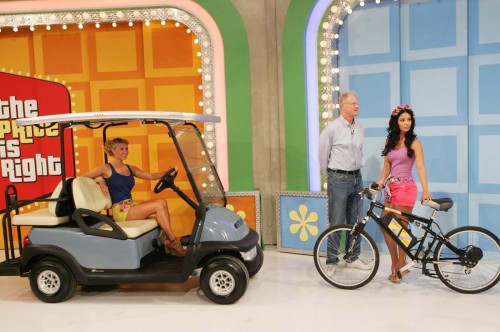 I was watching Morning Joe this morning and listening to them all yapping about Obama getting the Nobel Prize and blah blah.  After I got bored looking for dirty pictures of Mika, I found out she has a terrible website and an even worse Twitter page. Then I wondered for a while why Mike Barnacle doesn’t play up the nautical theme for himself more based on his name.  He already sort of looks like Popeye.  He should be showing up wearing a captain’s hat and a pea coat.  I’d pay more attention to him if he did.

But the POINT of this post is that our President is winning the Nobel Prize for Peace even though he didn’t do anything.  Even he doesn’t seem to think he should be getting it.  But he went to go pick it up anyway so I guess…I don’t even know what I guess.  It’s just stupid.  But in order to perform my due diligence, I went to the Nobelprize.org and looked up Obama’s page.  It blows.  The ‘speed read’ portion of the whole thing even knows he didn’t do anything yet.

Incumbent Presidents have quite frequently been recipients of the Nobel Peace Prize. US Presidents Theodore Roosevelt and Woodrow Wilson were Laureates while in office, as for instance, were Presidents Mikhail Gorbachev of the USSR and Kim Dae-jung of South Korea. There have also been current Prime Ministers (Yitzhak Rabin of Israel) and Chancellors (Willy Brandt of the Federal Republic of Germany), but never before has anyone been made a Peace Laureate so early into their term of office. Barack Obama was awarded the Nobel Peace Prize a little under 10 months after he took up residence in the White House. Nominations for the 2009 Nobel Peace Prize closed just 11 days after he took office.

But then I looked up the dude from last year.  The whole list is here.  The guy’s name is Martti Ahtisaari and as far as I can tell, he hasn’t frigging accomplished anything anyway.  Mind you, I am only reading the first paragraph of the bio.

Martti Ahtisaari, former diplomat and politician, is an international trouble-shooter. Over the past two decades he has worked under a variety of mandates to attempt to bring a peaceful end to conflicts in Africa, Asia, Europe and the Middle East. Few people have gained such a broad understanding of the intricacies of managing conflict resolution.

Compare that to Sadat and Begin in 1978.  They actually MADE peace.  So maybe the problem is that they should not be giving this shit out every year.  They should do it like the Olympics.  Once every four years is fine.  And the prize should be awarded in dynamite.  Your thoughts?