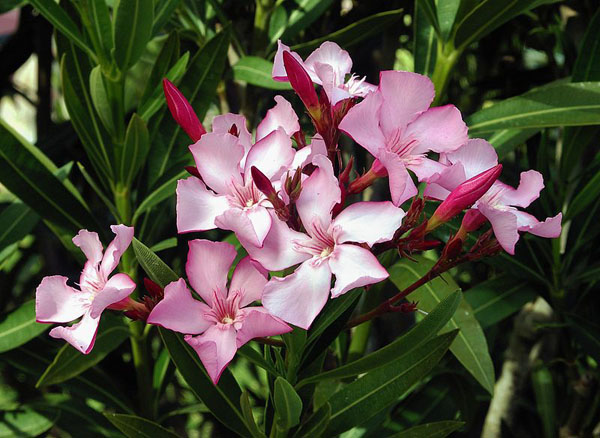 OK I am going to breeze through the facts of the case this week so I can get to what I think is the most significant thing that has happened on the show yet.  So here is the BITTLES BREAKDOWN:

Now on to the big thing I noticed this week, how they changed things up, and the latest victim.

So for me the biggest revelation was that there was a clue that they missed.  The whole premise was that it was supposed to look like a snake bite but it wasn’t.  It was oleander poison (the banner pic is oleander) administered via a couple nails hammered into a board.  On the body, there were holes in Ulysses’ jeans where the nails went in.  AND there were wood splinters in the jeans.  But nobody saw them.

At the end of the day, it might not be that significant, but to me it shows that it is actually a game.  If Dana had noticed it at the morgue when she was looking at the jeans it would have made a difference.  Her whole team wouldn’t have been yakking about the dumb snake.  As it stands now, though, team Geno has a big hole in it.  Which brings me to the next big event.

Which brings me to my final big event.

BOTH Dana and Sasha got killed.

I know, right?  That’s crazy!  And it blows the whole team structure up.  It was Kam, Cris and Lindsey against Geno, Sasha, Ronnie, Dana and the curly haired one (Melina).  Then Ronnie sort of jumped teams and team Geno was mad at him.  But now that Sasha and Dana are dead, it might end up that it is Geno and curly hair Melina against Kam, Cris, Lindsey and Ronnie the traitor!

That might have been a little more complicated than it needed to be but it is worrying me.  And I don’t know how to do the dead faces for Sasha and Dana this week because I am not sure how they died.  I think they got made into statues or puppets or something.  It was creepy.  Anyway now I can’t wait for next week.  It’s getting good!