Why can’t I just make shit up? 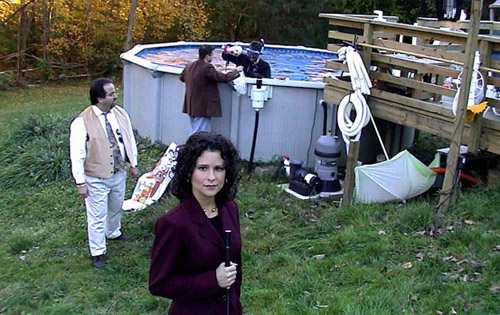 So someone inthe Batcave posted a link to a site that repeated a story posted by some other site about Sarah Michelle Gellar making a Buffy the Vampire Slayer movie.  So after my boner went away (come back!) I decided to actually read the “story”.  And yes, those quotation marks mean I find it dubious.  And I am not linking the “source” because it is made up bullshit.

Sarah Michelle Gellar is reportedly in talks to reprise her role as Buffy the Vampire Slayer – for a movie.

The 31-year-old actress ended her role as Buffy in 2003 after a seven-year run.

Now the feisty character could be making a return on the big screen.

An insider says, “There is an idea for a script and to pick the story up with Buffy older and maybe even a mother.

“Michelle is busy with movie projects at the moment but she is excited about the idea. Buffy still has a huge fan-base so this is a movie that already has an audience.

“Michelle is a shrewd businesswoman so the chances are this will happen at some point.”

Corrected as per comments.

Corrected as per comments?  What could the comments have corrected?  Her age?  There is nothing but made up shit in that story and I want to know how you dumb asses who read celebrity sites can fall for it?  At least Brandon at Tyler Durden admits he doesn’t know anything.  These other people with their “news” are making me mad.  Unless I can get in on it.  So try these on for size:

All I would need to do is sprinkle some actual facts around the crap sentence that is the headline of the ‘news item’ and voila!  A real celebrity site!  Fuck that.  If I am going to make stuff up, I am going to make everything up.  Including the names of the celebrities.  I may even invent new states.  I’ll show you all.

Edit:  Also – apparently it is National Penis day in Japan.  At least they have pictures…