Why I Hate Lance Armstrong 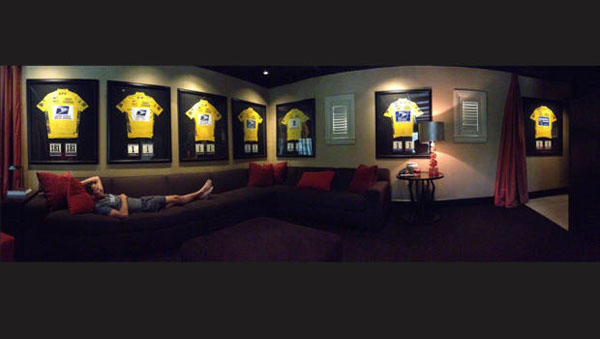 The number of words that have been and will be thrown around about Lance Armstrong is staggering and I am not going to pretend that mine are more significant than anyone else’s.  But I have a special hate for him that is probably disproportionate to the entire situation but hey, it’s my hate and I can do what I want with it.  It is not some lofty noble thing and it is not because of my “love of sport” or any crap like that.  I hate him because he is selfish.  I hate him because he is selfish and he made a person I love very much cry.

My friend had had cancer more than once and is still alive.  And one of the reasons that she is alive is Lance Armstrong.  He was an inspiration and a comfort to her when she was sick and she would not HEAR anything said against him.  She loved him and what he did and what he stood for.  And she said that even if he HAD doped everyone else in the sport did, too and it wasn’t like he faked the CANCER and the doping didn’t make it so he didn’t have to WORK.  She said this when we talked after he said he was “done fighting” the charges.  She didn’t blame him.  It was a witch hunt.  And when I listened to her I realized that she was right.

And when the charges came out she still didn’t care.  He had passed all those tests and they were wasting all this money chasing him.  I could tell with every word she spoke how much she believed him.  When the charges came out we had that one discussion.  She was no longer sick and we agreed to disagree on the meaning of his guilt/innocence/career.  There is nothing that he could have done to make me care about him beyond what he had done for my friend with her arms dripping with Livestrong bracelets.  And she was fine with it.  So I was, too.

But because Lance Armstrong is a selfish piece of garbage, he feels the need to confess.  He wants to rebuild his reputation.  He wants to be one of those comeback stories that apparently we Americans love so much.  He goes to Oprah and says of his ruthless tactics while protecting his lies:

“It’s a major flaw, and it’s a guy who expected to get whatever he wanted and to control every outcome. And it’s inexcusable. And when I say there are people who will hear this and never forgive me, I understand that. I do.”

You don’t understand me, Lance Armstrong.  Or my friend.  Because you don’t care about us.  You don’t care about anyone but yourself because you are doing the EXACT SAME THING RIGHT NOW!  You are trying to control the outcome.  You are breaking my friend in half.  With pain.  With trying to find something to hold on to that makes you not a piece of crap and her not a dupe.  And you think she is unique?  You think the thousands and thousands of people that love you and were and are inspired by you are not just as stunned and sad and shocked?  You think they are not twisting themselves in knots trying to salvage the good they felt?  And why?  So you can feel better?  Who cares how you feel?

Why didn’t you just keep lying?  You could have survived cancer and run the race and if you had merely FINISHED you would have been an inspiration.  If you had come in 3rd.  Or 10th.  Or 150th.  But you won.  And you won and you won and you won and you helped save my friend’s life and if you had ever heard her talk about you it would have meant MORE to you than the championships.  And so you doped.  So what?  You cheated in a 4th tier sport that was only interesting because of you and they haven’t kicked Barry Bonds out of baseball and who really cares that you cheated?  The people you inspired admired you for the work you did.  The legit things you did.  The legit thing you ARE.  And until you confessed you were still that thing.  You should have kept lying.

Or maybe you made a false confession.  You knew the only way that this was going to move forward, the only way to get your foundation on its feet again, was to give the people the blood they demanded.  You said you did things you didn’t actually do so that the wheels of justice could turn and so hypocrites could feel superior.

And even if the confession wasn’t fake and you really did all that maybe you will make something positive out of it.  What I am trying to say here is that since you decided to push yourself into the room again I need you to figure out how to make it right with the people who matter.  The people like my friend.  Not the Feds or smug sports writers.

As long as there is a way for my friend to feel good about loving you the truth or how I feel about it (or you) doesn’t matter.  If she wants you to have peace or feel better then I do, too.  And if she is mad at me for saying I hate you I will deal with it.  I don’t want her to be mad.  I just want you to know that I wish you had just kept your mouth shut so she didn’t have to cry about you.  Selfish bastard.