Why is Taylor Cole Famous? 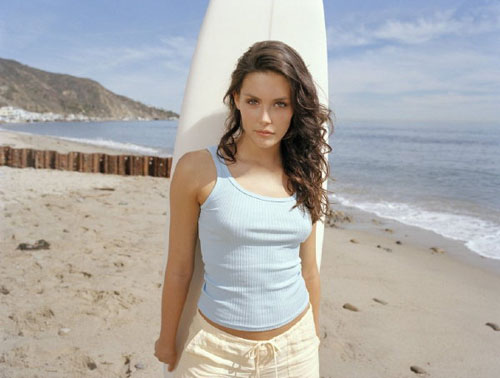 She was on some show named Summerland that I’ve never heard of and in a re-make of a movie called April Fool’s Day which I haven’t seen.  She was in some Crest toothpaste, Old Spice and Douney & Bourke handbag  commercials; I dont think I saw any of those, either.  Her entry on wiki includes this line which made me LOL:  “She relocated to Los Angeles to film the series (Summerland) where she spent time wearing bikinis and relaxing on the beach the most.”  Whoever wrote that doesn’t seem to think much of her acting skills or the show.  She’s pretty, though, so we made her an album and hope she gets some better roles real soon and can be famous for a reason.  Good luck, Taylor Cole!

Click here to view her album of over 300 pix!