Why the hell didn’t he lie? 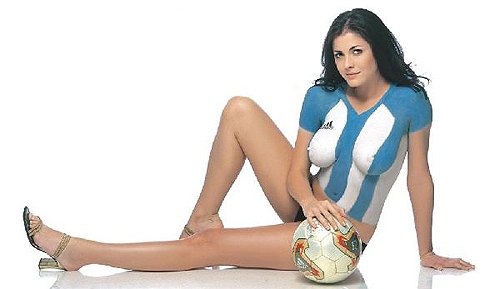 You would cheat on your wife with me. Unless you're Brad Pitt. But maybe even if you ARE Brad Pitt.

OK, so now we know the disappearing Governor of South Carolina went to Argentina to break up with his mistress. This after lying to his staff and some people in the media and who knows who else.  He didn’t go to the Applachian Trail or to write a book or anything else.  Bascially he fell in love with some chick and then fucked things up to a degree that may be unprecedented.  Here is an excerpt from an email the dude sent to his lady: (read them all here)

Three and finally, while all the things above are all too true – at the same time we are in a hopelessly – or as you put it impossible – or how about combine and simply say hopelessly impossible situation of love. How in the world this lightening strike snuck up on us I am still not quite sure. As I have said to you before I certainly had a special feeling about you from the first time we met, but these feelings were contained and I genuinely enjoyed our special friendship and the comparing of all too many personal notes …

Lastly I also suspect I feel a little vulnerable because this is ground I have never certainly never covered before – so if you have pearls of wisdom on how we figure all this out please let me know… In the meantime please sleep soundly knowing that despite the best efforts of my head my heart cries out for you, your voice, your body, the touch of your lips, the touch of your finger tips and an even deeper connection to your soul.”

Now – reading that – the guy was in love with the woman.  I am not talking about the politics of it, and if people think it’s funny that it is a conservative Republican that did it that’s fine.  But I think the real story here is that the power of love can undo ANYTHING.  Not lust.  Lust can fuck things up, but only love can DESTROY things.  Apparently, the dude’s wife has been staying in the Beach House for the last five months.  The press conference was a train wreck.  He’s done in politics and he apparently doesn’t have the goddamn Argentinian girl?  He ends up with nothing.  NOTHING!

Let’s say the wife said to break it off with the chica or else she would go public.  So the guy goes to Argentina to tell his true love he has to leave her.  But why?  To stay with his wife?  Bullshit.  It had to have been to keep his political aspirations alive.  And he didn’t even do that.  All he had to do ws lie ONE MORE TIME.  Just say he was going to Argentina for a quick vacation.  If the wife already knew, then there was no point to sneak around.  And I assume Governors get sick days or whatever.  Go down, break up with the woman, come home.  But that’s not how it went down.  Instead he made up crazy lies and disappeared and didn’t leave anyone in charge in case Godzilla atacked South Carolina.  Why?  Is he an idiot?  Did he HAVE a plan?  I am thinking no.  I am thinking he was all lovesick and fucked up and now he prolly hates his wife and he won’t have a job and he doesn’t have shit.

He should have just lied in the beginning and then nobody would have cared.  And don’t anyFUCKINGbody tell me that integrity matters in politicians.  He’s been fucking this chick for a year and the people who liked him then liked him fine.  So I am saying that he should not be kicked out of being Governor cause he screwed around on his wife.  Clinton should not have been impeached.  Larry Craig should not have been bugged.  That gay governor dude…wait, that guy gave his boyfriend a job, right?  Well screw him then.  The New Orleans hooker guy is fine.  Elliot Spitzer should have gotten to keep his job.  Charlie Sheen did!

Hypocrites make for good comedy, but this guy is a tragedy.  He should have lied and told people he was going to Argentina on a vacation and left it at that.  Goddamn dummy.