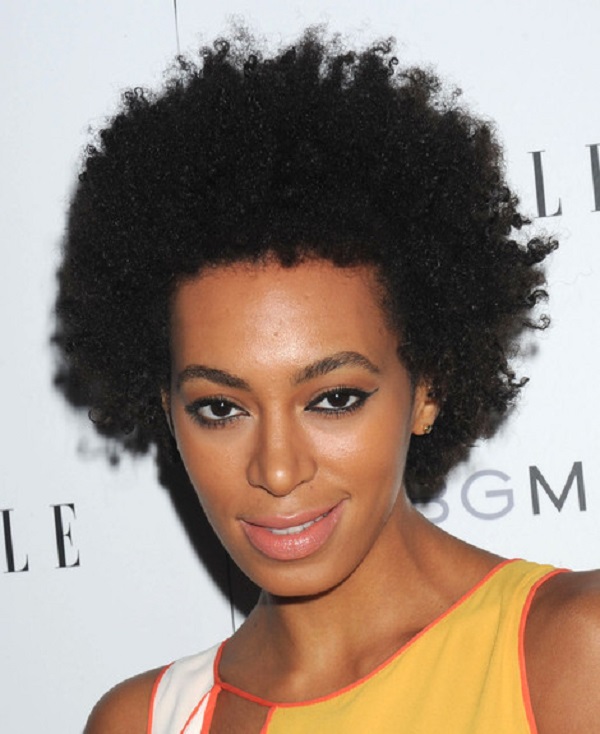 That “Chick”, otherwise known as Beyonce’s sister, goes by the given name of Solange Knowles. But who the hell knew that? If you pay close attention to Beyonce’s coat tails you will likely see her. I don’t really pay attention to anything that involves Beyonce or her husband Jay-z because I think they are pompous A-holes but this definitely peaked my interest.  If you read my last post on Kirsten Dunst’s Met Gala dress then you know I pay attention to that particular event. There is always some type of scandal involved. Last year it was Tiger Woods getting rip roaring drunk and making an ass out of himself. This year’s scandal was a little sweeter for me. Apparently family fisticuffs don’t just happen in trailer parks at Christmas dinner. This happened when rich people were wearing fancy clothes and riding in a fancy elevator. No one is really sure what happened. All parties are keeping mum at this point. I like to think that Jay-Z told her she needed to pay him back for her ticket into the Gala or that she needed to stop releasing albums because they are horrific. Or he possibly looked at her and said ‘What is your name again?”

I have never been a fan of the younger Knowles but less of a fan of Jay-Z and her sister so this made me “LOL” and say “Go!…you” (because I can never remember her name) My distaste for Solange began in 2011 when she was denied entry into a Miami club because she was carrying a 5ft long inflatable banana. She claimed her denied entry was racially motivated and later tweeted that she felt scared that her son was growing up a black child in this country because of that incident. (I feel scared that her son is growing up with her as a mother-but that is my personal opinion) As you can tell I am not really crushing on her at all. I just think it is funny that after all of her years of trying to be in the industry she will likely only be known as “that chick that beat down Jay-Z in an elevator”

Check out some real winners of the internet this week: