From a Woman Wearing Headphones to All Guys: Just Don't

So this incredibly creepy guy who writes “advice” columns for men on “how to get women” which sound much more like “how to stalk women and prepare to murder them” is getting some s*** on Twitter, thank goodness.

*How to Harass Women Who Don’t Want to Be Approached

There have been a lot of great tweets and commentary in response but let me tell you what actually goes through my mind, as a woman, if I have my headphones in and I am out for a run, commuting on the train, walking down the street, or just sitting on a bench trying to enjoy my life. And then I’ll give you a real life example of why I know I never want to take my headphones out to talk to a strange man who is talking to me while I have them in. My possible thoughts if you try to talk to me with headphones in:

There is no reason, no reason on earth, unless you have an actual medical or other emergency, why you, men, should ever demand that a strange woman you don’t know, take her headphones off and speak with you. She owes you nothing at all. You don’t have the right to request her attention. She clearly has them in for one or more reasons, those reasons probably include not wanting to interact with strangers. It is my birthright to not have to talk to any of you monsters if I don’t want to. That’s a fact, look it up. I’m pretty sure it’s in the constitution.

Now, here is a story about what happened the last time a man talked to me with my headphones in and I took them out. Given, this guy was not trying to hit on me (note: if you are approaching complete strangers with headphones in to hit on them, you’re doing it wrong, you’re a douche, I want nothing to do with you, ever), but even so, my point is valid – this is what happens when women take their headphones off and engage with strange men. I’ll just cut and paste the email I sent my friends about this interaction the other day on my way to a doctor’s appointment. Clearly I should have left my headphones in.

Subject: WELP I almost just killed a man by throwing him off his bike and into traffic

I literally wanted to kill him. Does that make me an actual psychopath?

Here is the story. I had to leave the office for a dr apptmt. I am walking around the s****y rotary at Sullivan Sq by my office. This guy rides up behind me on his bike on the sidewalk. Already a no. He kind of rudely asks/tells me to get out of his way, so now we’re in a fight. I say without pausing “you’re not supposed to ride your bike on the sidewalk”. He stops dead and goes “What did you say?” And I point and say “there’s a bike lane right there, you aren’t supposed to ride your bike here.” He immediately starts cussing at me, tells me that it’s going “the wrong way” there. Now my headphones are out, he’s flipping me off etc and I am like “well it’s a f***ing rotary so you ride around the circle you d***”. It escalates from there and he’s calling me a b**** saying something I can’t understand about my a$$, probably about raping me, because men, and I am telling him he can f*** off and die and he’s wrong. I put my headphones back in and just put my middle finger up and keep walking. He keeps riding a bit and stopping to yell at me, repeatedly, and I just keep my finger up and don’t respond.

I literally wanted to grab him by the shoulders and throw him into traffic.

BECAUSE I AM F***ING RIGHT. YOU, BUCKAROO, DO NOT GET TO BE OUTRAGED AT ME, I AM RIGHT AND YOU ARE WRONG. And also f*** you for being a f***ing s****y man. And also he rode right past the rotary and down a street still on the sidewalk. I hope he dies in a traffic accident. 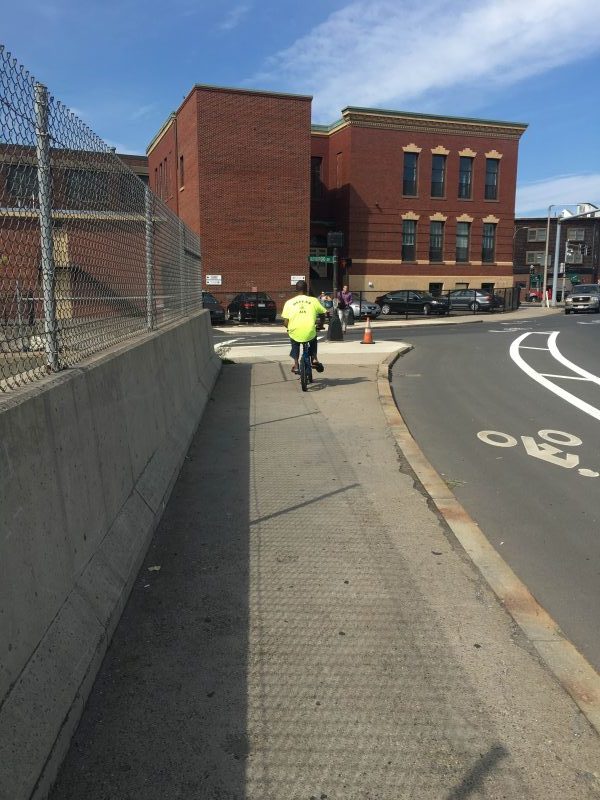 If you’d like to check out more creepy articles by this utterly terrible human being, you’ll have to find them yourself because I’m not sending any traffic his way. But here are some great tweets made in response to his nonsense. You’re welcome.

‘I NOTICED U AVOIDING EYE CONTACT AND NOT SMILING SO I THOUGHT ID SAY HELLO’ pic.twitter.com/jRQTYO44FF

Guys, don’t let this headphones thing mislead you, women that aren’t wearing them probably don’t want to talk to you either

And here is another article about this.