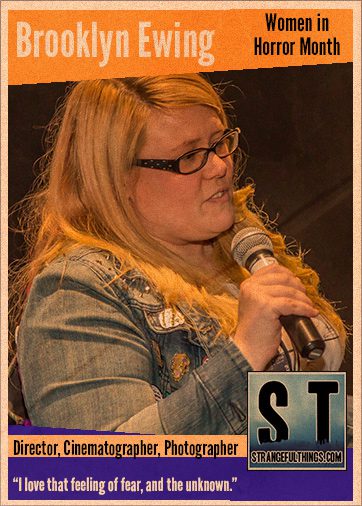 I love that feeling of fear, and the unknown. Horror also embraces women more than other genres. There has just also been something about monsters and killers that fascinates me.

She Was So Pretty was a short story I started in 2015.
I always wanted to create a story based around a serial killer. We spent $0 on the movie and made it for fun. It was so crazy that people wanted to watch this movie. She Was So Pretty: Be Good for Goodness
Sake is the follow up and takes place during Christmas. This time we spent a little more money and learned as much as we could before filming. My next project filming in 2018 is called NIGHT CLUB.

Being a female in horror makes it harder to be taken seriously. A lot of people assume I’m male, and are shocked to find out that a woman wrote and directed my films because they are so gross. I do love when we are underestimated–it makes it more fun to prove people wrong. Horror can come from anyone.

Get a sound guy. Sound is so important for any filmmaker. We made the mistake on our first film of not doing our sound research, and it really shows.