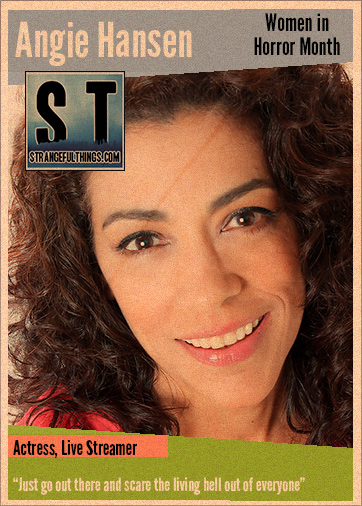 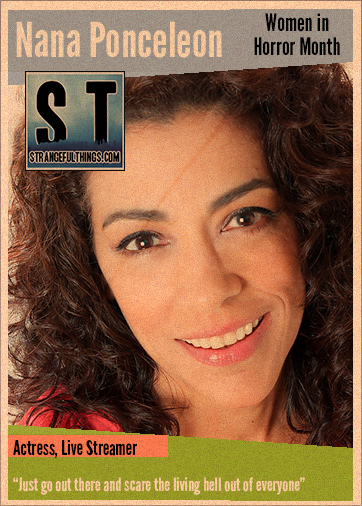 I was born in Venezuela but spent my early years in Baton Rouge, Louisiana. I have lived between Venezuela and the USA ever since. Today I am based in New York City.

I have a Bachelor’s degree in Business Administration with a minor in Computer Science from Pace University in New York. I worked in sales and marketing for many years.

Even though my interest in arts began in childhood it was only recently when acting became my full time career.
I trained in acting in Los Angeles and New York City, recently graduated from Stella Adler Studio of Acting in NY.

I worked in many films in Venezuela including the award winning international film “The Zero Hour” (La Hora Cero) featured in HBO. In New York I have worked in 9 short films, 3 features, 3 TV shows, commercials and plays since graduating 3 years ago.

Horror is a very difficult genre in every possible way. It is hard to write, to direct, to perform, to edit, etc., in order for it to be good and this makes it very exciting and challenging.
It has a fantastic fan base community of people who understand it and enjoy it which is very gratifying.

My first amazing project was as nurse Karla in a Venezuelan movie called “La Hora Cero” (The Zero Hour). It was my second feature film but my first most important one. The film broke every film record in my country and made it first to HBO Latino and then to HBO nationwide. I was supposed to play the role of doctor who was a day player in the movie but the director changed my role in the movie becoming the nurse who took care of the leads newborn baby. I ended up with a much bigger role and learning so much about acting in film, as I would have in school. A whole month of shooting with the lead actors became my MFA.
However, so far one of the most memorable characters I have played has been Ria. The character was a film director based on the life of Pier Paolo Pasolini, a poet, writer, intellectual and of course a film director as well.
The film is called Beautiful Women Live by Night, directed by Keith D. Bracker. This film is still in post-production. Ria was a very troubled woman, with a very intense life, which made my performance in the film as challenging as it was exciting and thrilling to bring to life.
I have written a short movie, not so short though, so far about 30 minutes, based on a real story which we should be shooting sometime this year. I am very excited about this movie and the participation of Keith D. Bracker as a director and my dear friend Angeles Electra who will be sharing the lead roles with me and who created the film with me as well.

I never think too much about me as a “woman” in the industry but I just think of me as an actor in the industry and as such, I have to work as hard as any to get to where I want to.

If I have to think in terms of benefits or not based on my gender, I believe me being a woman in the industry has helped me because I have used my creativity, my femininity, my intuition, all those feminine qualities we all posses to understand, learn and succeed. I think out of the box and sometimes don’t play by the industry rules, because I use my intuition to navigate the waters of the entertainment world and so far, it has worked.

In terms of downside, I guess the usual struggle about more roles are written for men than for women. That’s why we are writing our movie and the leads are two women.

Yes, in film everything is smaller and subtle but in horror you have to go blunt and big within the subtlety needed for the big screen.
And women are as powerful in horror as many men wished they’d ever be. Don’t back up, just go out there and scare the living hell out of everyone.