What You Missed: The Women in Horror Film Fest Fundraiser 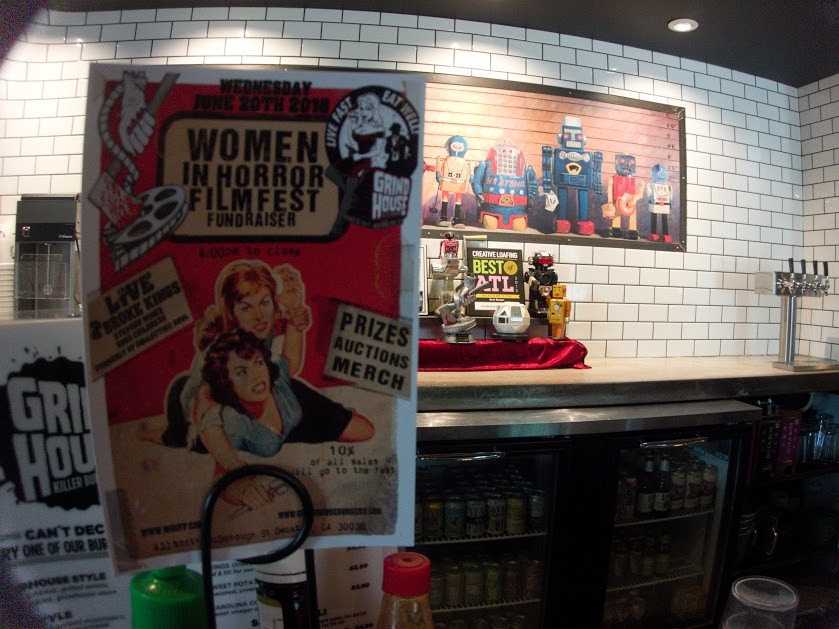 The Women in Horror Film Festival is one of those groundbreaking, unique sort of happenings that comes around once in a generation. Where as a lot of female centered film festivals will only accept works directed by women, WiHFF looks at a series of criteria to see if a female artist was involved in a creative capacity. Screenwriting, producing, cinematography, it’s a pretty long list actually and the inclusive nature of the festival’s guidelines is part of what made its inaugural run in 2017 such a huge success. Last week, I went to Decatur, Georgia where the festival’s organizers had teamed up with local restaurant chain Grindhouse Killer Burgers to put together a fundraising event as singular and exciting as the festival itself. 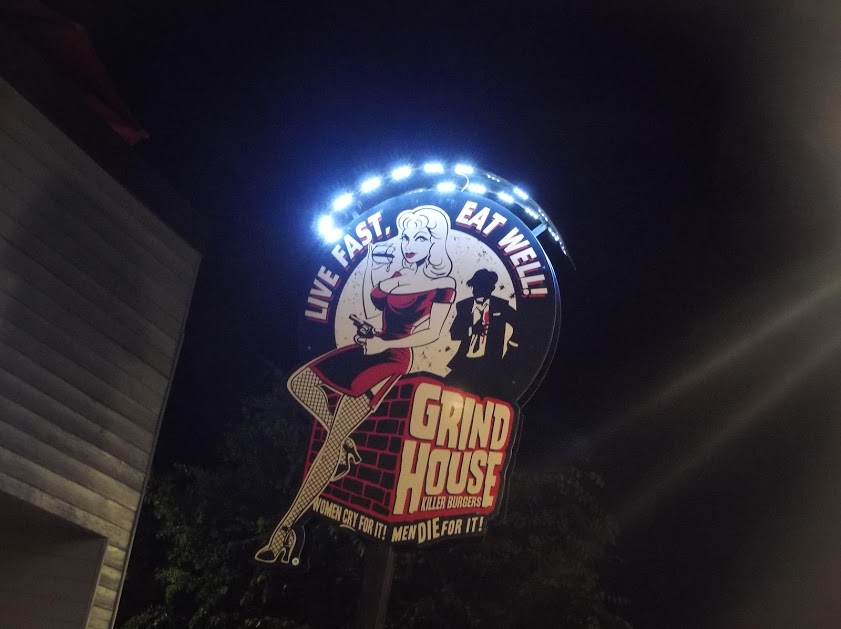 Grindhouse Killer Burgers in a two story concrete cube of a building in the middle of Decatur, a small town satellite on the outskirts of Atlanta. With a motif devoted to grindhouse cinema in all its glory (specifically scifi, horror, and noir) it’s immediately a fun and inviting environment for anyone. The interior ground floor is family friendly, covered in toy robots and cool art while a staircase leads up to a covered rooftop bar that’s 21 and up. This is where the fundraiser for Women in Horror Film Festival took place.

Vanessa Wright, co-founder of the festival, was there setting up a table full of merchandise, raffle prizes, and pre-sale tickets to the film fest. While the obvious goal of the night was to raise money to help fund and expand the event, the most important task was to raise awareness. Like anything in the creative arts, more time has to go into promoting the work than creating it. An artist has to be equal parts creator and promoter and, usually, has to devote a considerable deal more effort to self advertising than to their actual craft. 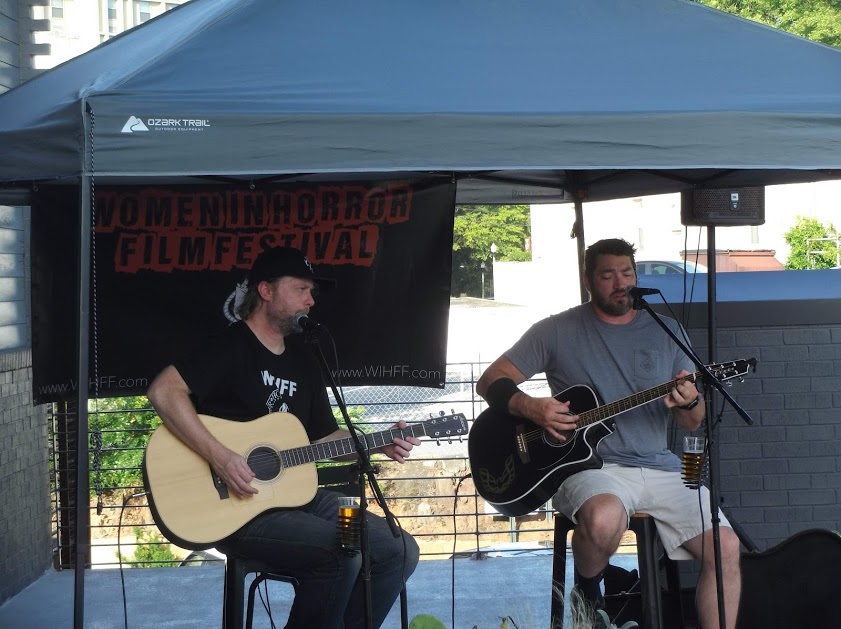 Local duo 2 Broke Kings -a group composed of Collective Soul’s Ross Childress and Stephen Wines- played the event with breaks taken for premieres including the trailer for the upcoming indie grindhouse flick Amazon Hotbox. Filmmakers, actors, writers, producers, and of course fans were all on hand for the event with special horror themed drinks being served up at the bar by Ellie Church, star of such horror and independent films as Harvest Lake and Space Babes from Outer Space. Arguably the most popular of these drinks was the Reanimator inspired Reagent Shot, a mixture of vodka, apple flavor, and something green. I’m not quite sure exactly what the formula was, only that it went down smooth and had the potential to turn mortal men into mindless zombies very easily.

As the night wound to a close, the raffle was held to see who would win the prize pack assembled by backers of the Women in Horror Film Fest. Among the many treats inside the box were VIP passes to the festival, books by best selling horror author Mylo Carbia, a signed print of Heather Langenkamp (Nightmare on Elm Street) and much more. The winner was Atlanta newcomer Amanda Baker who said she’d just come out for the night to “support women in horror.” 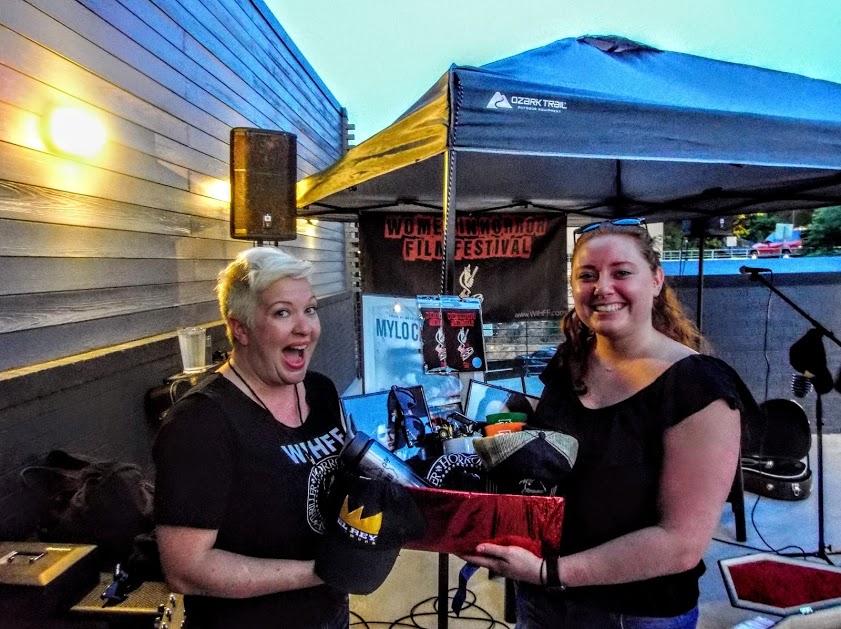 In all, the night was a huge success both for Grindhouse Killer Burgers and for the Women in Horror Film Festival. But don’t worry, even if you couldn’t get to Decatur for this special fundraiser, you can still support the festival. Check out the website (WiHFF) and follow them on social media. Plan ahead and get your passes now for three days of incredible independent horror created by some of the most talented and incredible women in the industry. The Women in Horror Film Festival returns to Peachtree City, Georgia (another Atlanta satellite) October 4-7.