Yeah, I’ll be coming back for that… 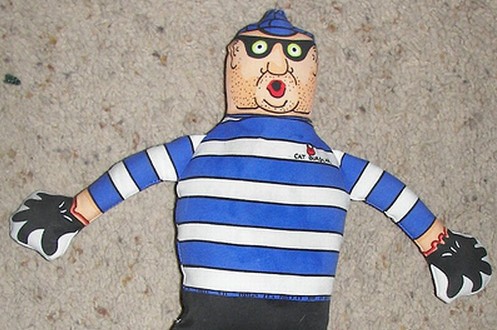 Look out of my way. I'm about to do some burglin'

PENSACOLA, Fla. — Police in Florida say a burglar who made off with a man’s valuables returned to the home later and snatched what he couldn’t carry on his first trip: a 100-pound plasma-screen TV.

A Pensacola Police investigator was on the scene when the robber came back hours after the first burglary.

The man who lived at the house, Steve Fluegge, says he was shocked the burglar came back and stole the television. The suspect had already stolen Fluegge’s wallet, watch and video game system.

How do they know the dude came back? But, frankly, you got to take risks in that line of work when the economy is the way it is today. You can’t just sit back and expect to get a 100 pound plasma at the next crib you crack. You might roll in a place and they have some little ass TV maybe with a VCR attached and you completely regret not taking that plasma from before.

If we gave out burglar of the week awards around here, I would imagine this dude would pull that.

Then come back and steal all sorts of tongues.