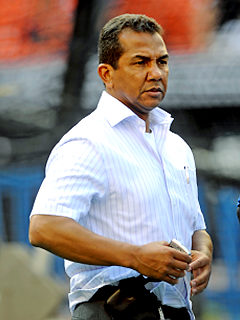 You wanna piece of me?

I love the Mets when they are losing. And right now, they are doing all sorts of losing. To make their losing even more hilarious, one of their executives has been with their AA minor league team CHALLENGING THEM TO FIST FIGHTS.

Awesome. But, was it just a fired up passionate speech telling these dudes to get their shit together and have more fight…meaning more desire not actual fights? Apparently not:

Bernazard, the team’s vice president for player development, pulled off his shirt and challenged the Double-A Binghamton Mets in the tirade, about 10 days before the All-Star break. He in particular targeted middle infield prospect Jose Coronado, according to the report.

You take your shirt off in a situation like this, it either means you are about to jack up your employees or Suns Out Guns Out.

The Mets are fading fast and are on the verge of becoming a hilarious debacle if more of this can go down. Let’s try this in the major league clubhouse next Bernazard. Gary Sheffield might take you up on the offer.