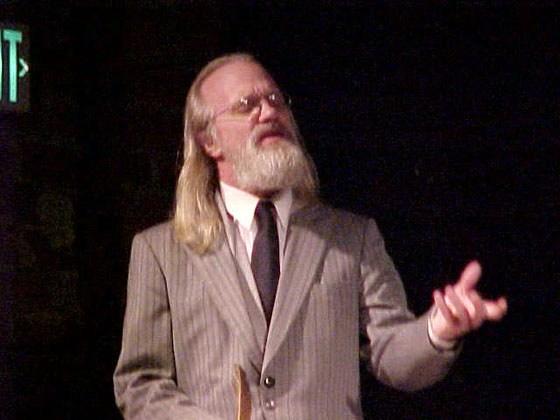 The Super Bowl is going to run what, four hours, say?  That’s 14440 seconds.  That means you could watch my alternative: Barefoot Bill’s Naked Guy Zombie Movie about 145 times in the same stretch.  Fuck that Super Bowl.  Tom Brady rules.  And fuck Peyton Manning’s stupid brother.  And fuck you, Ray Lewis, you and your fat RAVENS!  But I digress.

I am currently in high level negotiations with Barefoot Bill (check out his link only if you want a lot of naked man) to become the guy half of the Gallery’s Official Naked Couple.  So far the negotiations have gone like this:  Something something.  Bill telling me him and his lady partner are fine being naked.  Me saying okay.  Bill going to get the snow off his car (I presume with clothes on).  Me writing this post.

So since I never asked anyone else to be naked on the site before (and technically I didn’t really ask him) I guess I am batting 1000 with the whole: “hey, be naked on the site” thing.  So after the jump, you can see Bill as a zombie who apparently got made a zombie while he was taking a bath, cause he’s naked.  Also he tries to strangle his victim instead of eating his brains.  And he’s naked.  So I expect some thoughtful reviews of this clip.  It’s a real movie.  But this scene was cut out because the director realized that the zombie was a naked dude.  Now go watch!  Oh, and if stupid Vimeo doesn’t work with your browser then click the link.  I’m not your personal projectionist.  Douche.